After graduating from South Lyon East High School in South Lyon, Mich., Ben Wolak’s goal was to obtain a well-rounded education in electrical and mechanical engineering to help futureproof his career in engineering.

And when Wolak graduates from The University of Toledo on Dec. 18 with his bachelor of science in mechanical engineering, he made sure that he has the necessary experience in electrical engineering — classroom and real world — to make that happen.

But there was a substantial effort by Wolak to earn this career opportunity.

During all four of his years at UToledo, Wolak was a highly involved member of Rocket Motorsports, UToledo’s Formula Society of Automotive Engineers racing team; worked four co-ops in the Mechatronics group at Dana Inc.; worked for the UToledo Information Technology department and even ran his own aerial photography company, Wolak Media LLC.

“Running my own company has taught me valuable leadership, management and financial skills,” he said. “But without the co-op program at UToledo, there’s no way I would have received all that experience in the Mechatronics group at Dana and no way that I would have been accepted into the selective TRACK program at GM.

“I’m very proud of building a diverse and well-rounded education during my time at the University of Toledo College of Engineering.” 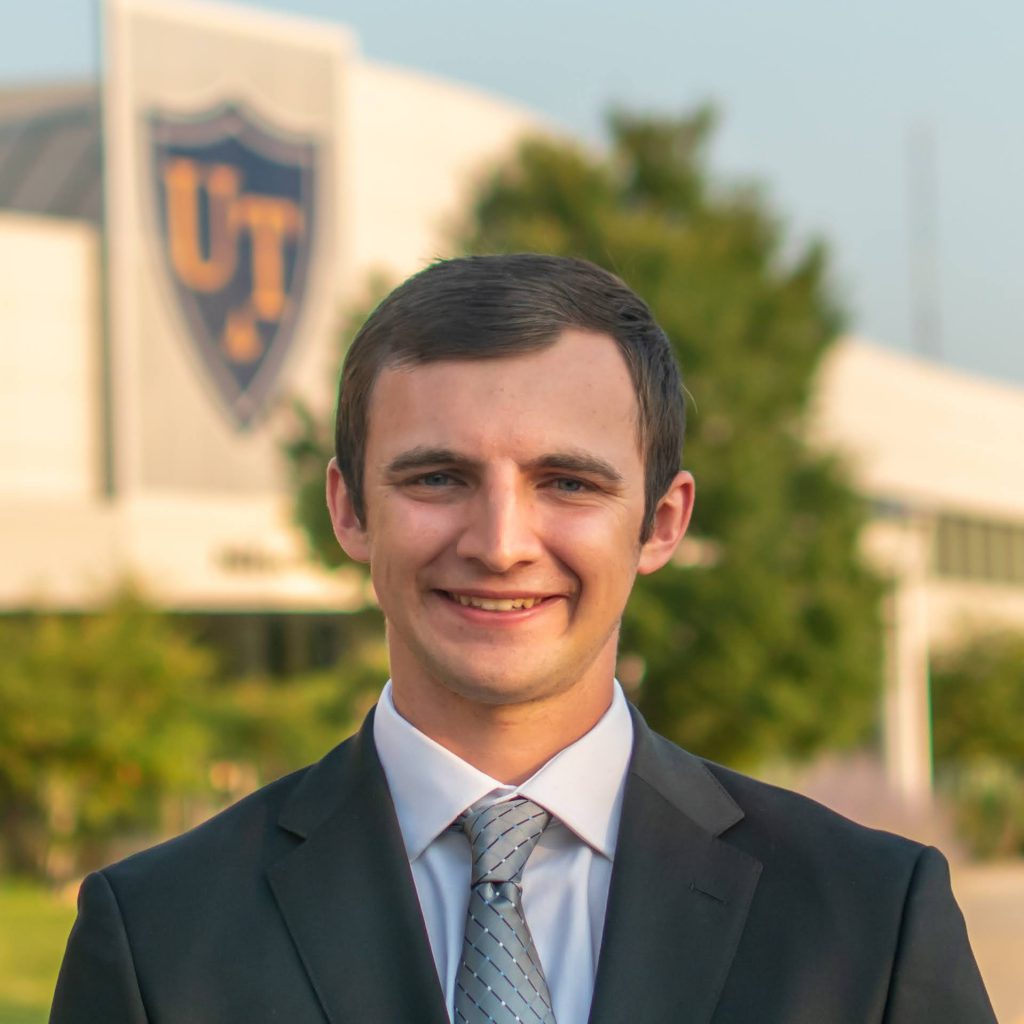 “Learning to balance my grades against those time commitments was a major struggle of mine early on in college,” he said. “My grades in my first couple semesters had my GPA dangerously close to losing my scholarships to attend UToledo, and as an out-of-state student, those were very important to retain.”

Wolak determined that he had to make personal adjustments.

“I turned things around during my second and into my third year at UToledo and learned new time-management and organizational tactics, including keeping a ridiculously detailed calendar and better study strategies,” he said. “In my third and fourth years at UToledo, that work has yielded the highest grades of my college career and along with my experience from the Formula SAE team and my co-ops, enabled my acceptance into GM’s TRACK program.”

During his time in the College of Engineering, Wolak said that he had a great network of support to bolster him, including Jon Pawlecki, director of Student Services and Transfer Partnerships, and Dr. Adam Schroeder, assistant lecturer in mechanical engineering.

“I’ve had the pleasure of interacting with Mr. Jon Pawlecki quite often,” Wolak said. “He is always willing to go above and beyond to help with almost any student or team issue and it’s clear talking to him about these issues that he has a genuine interest and cares about getting the issue resolved. 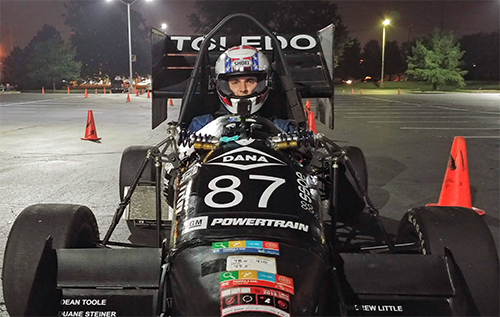 Among his many commitments, Ben Wolak was a highly involved member of Rocket Motorsports, UToledo’s Formula Society of Automotive Engineers racing team.

“I also have to include a shoutout to Dr. Adam Schroeder, who last year took time out of his day to meet with me to discuss mechatronics-related educational and career paths,” he added. “We talked about everything from electric skateboards to drones and I wasn’t even taking any of his classes. It meant a lot that he took that much time for someone who wasn’t a student or former student of his, and I think that is indicative of the personal attention students receive at the UToledo College of Engineering.”

Both Pawlecki and Schroeder are equally impressed with Wolak.

“It has been a pleasure working with Ben through his involvement in the First Year Rocket Engineers student organization and UToledo’s Formula Society of Automotive Engineers (FSAE) team,” Pawlecki said. “I have always appreciated Ben’s professionalism and I have been impressed with his problem-solving skills and his positive attitude.

“Ben is always ready for a challenge. His exceptional communication skills and his can-do attitude will serve him well as an engineer. I look forward to seeing how Ben will apply his many skills throughout his career.”

Added Schroeder: “Ben is bright, hard-working and has taken great advantage of opportunities at UToledo, at Dana on his co-op in their mechatronics lab and in pursuing his own interests. I am proud of him as an individual and proud that our program is producing students of his caliber and character.”