Toledo came up on the short end of a 31-24 decision to Middle Tennessee State in the Bahamas Bowl on Friday afternoon.

“Obviously disappointed in the outcome of the game,” Head Coach Jason Candle said. “Credit to Middle Tennessee and Coach Stockstill for getting a win today. It’s tough to watch our senior class go out this way. They’ve poured their heart and soul into this program. There are a lot of lessons to be learned from today. We’ll have have some things to work on and clean up this offseason.” 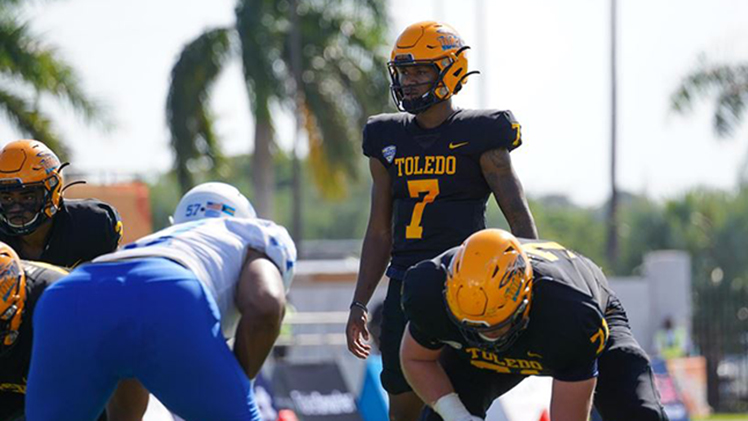 Redshirt freshman quarterback Dequan Finn completed 18-of-39 passes for 212 yards and two touchdowns. He also rushed for 83 yards and one touchdown.

Junior running back Bryant Koback led the ground attack with 126 yards on 18 carries, while junior Matt Landers caught four passes for a team-high 137 yards and one score.