The University of Toledo student-athletes earned a combined grade point average of 3.401 in the 2022 fall semester, Vice President and Director of Athletics Bryan B. Blair announced. It is the highest semester GPA ever recorded by the Rockets using a normal grading scale. 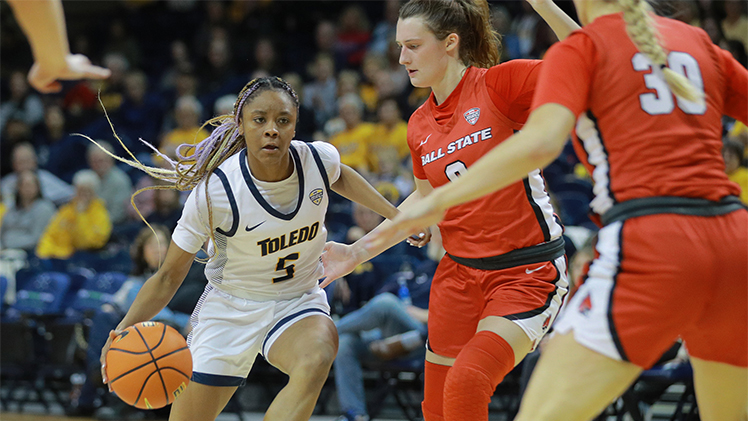 Women’s Tennis recorded the highest semester team GPA with a mark of 3.822, which is the second-best mark ever for any Rocket team using a normal grading scale, trailing only the 3.825 mark earned by women’s swimming and diving in the spring of 2022.

Other highlights from this past semester include:

“I’m incredibly proud our student-athletes for their record-breaking semester in the classroom, including a new GPA record and nearly 20% of our student-athletes earning a 4.0,” Blair said. “Fall 2022 saw many great athletic achievements, including two MAC championships. Accomplishing high levels of athletic success while continually setting academic records is really special and speaks to the people and culture within Toledo Athletics.

“From our Student-Athlete Support Services (SAAS) staff to the dedicated University faculty, staff, coaches and parents, I commend all those who support our student-athletes.”

“Congratulations to our student-athletes, who have now broken the all-time student-athlete GPA record for the fifth-straight semester,” said Associate Athletic Director for Student-Athlete Support Services Tony Belt. “Their determination and dedication to academics is nothing short of amazing. A major thanks should be given to The University of Toledo community. These record marks are a testament to what our campus partners do for our student-athletes on a daily basis.”