Women’s basketball game at Eastern Michigan Jan. 23 will be televised on BCSN

The Buckeye Cable Sports Network (BCSN) has selected the Toledo women’s basketball team’s contest at Eastern Michigan Saturday, Jan. 23, as one of its wildcard games.

Tipoff is slated for 2:30 p.m. in the Convocation Center. 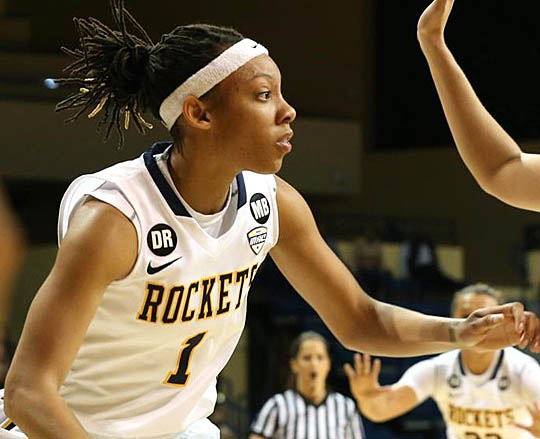 Brenae Harris and the Rockets will have several games televised this season.

The Rockets will be featured on six occasions on American Sports Network (ASN), Time Warner Cable Sports Channel (TWCS) and BCSN as part of the 2016 Mid-American Conference television package.

Up next, Toledo will travel to Miami Wednesday, Jan. 13. Game time is slated for 7 p.m. in Millett Hall, and the action can be seen on ESPN3.