Toledo redshirt freshman offensive lineman Nick Rosi has been named to the Freshman All-America Team by the Football Writers Association of America.

He is the only player from the Mid-American Conference to make the 2019 team and the first Rocket to be so honored since Eric Page in 2009. 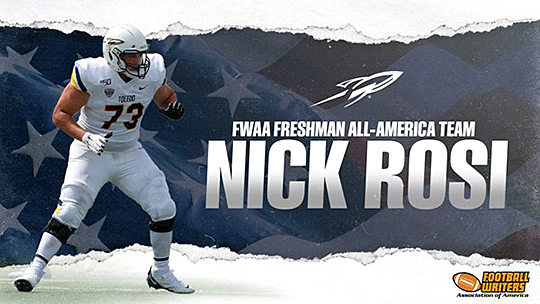 Rosi started every game at left guard for Toledo in 2019; he earned third-team All-MAC honors.

The Powell, Ohio, native was an integral part of an offense that ranked second in the MAC and 18th in the country in rushing (224.5 yards per game).

Rosi was named a second-team All-American by Pro Football Focus.