As with most of the members of The University of Toledo Sailing Club, Carly Fraker did not know how to sail until she joined the team.

And just like the other members, she quickly became hooked on the sport. 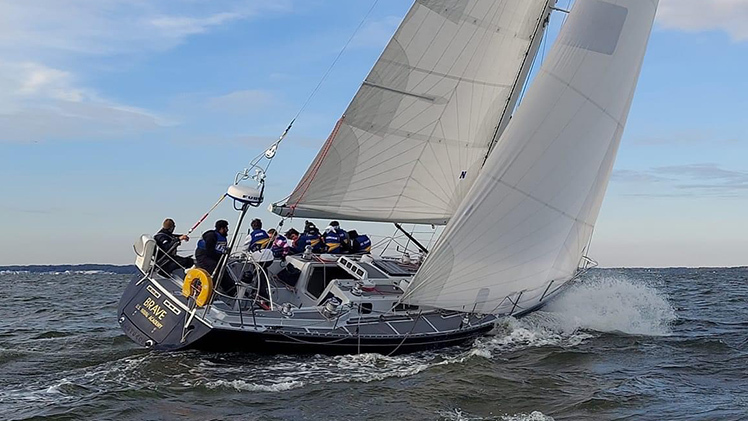 The University of Toledo Sailing Club bested many prominent and well-funded sailing teams in its third-place finish on the first day of racing at the Inter-Collegiate Sailing Association National Championship last fall.

“Once I started sailing, I fell in love with it and grew into the role of commodore, which is basically president in non-nautical terms,” said Fraker, a senior civil and environmental engineering student.

Active since 2007, when a group of students who routinely sailed together out of North Cape Yacht Club in LaSalle, Mich., formed an official club to recruit more UToledo students, the club competes regionally almost every weekend from late August through mid-October against other schools such as Ohio State University, Miami University of Ohio, University of Michigan and Michigan State University in the Midwest Intercollegiate Sailing Association.

Last fall, Fraker and the dozen or so other active members in the club achieved a major milestone at the Kennedy Cup at the U.S. Naval Academy in Annapolis, Md., which serves as the Inter-Collegiate Sailing Association National Championship.

The club’s strong suit is primarily keelboat sailing, which takes a six-to-10-person crew to sail.

“But at this event we were faced with a huge learning curve,” Fraker said. “We were sailing a larger boat than we had ever sailed before against teams who had trained the whole year for this event in a national championship event. We proved our worth.” 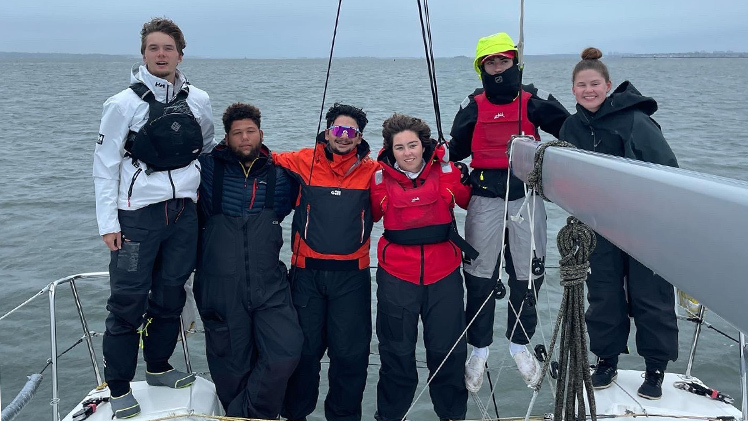 The next day, fortune’s smile was a bit more measured; the sailing club finished the regatta in seventh place of 10, which was ahead of the College of Charleston, University of Michigan and University of California San Diego.

Still, if there is a sports film equivalent to a moral victory in the real world of competitive sailing, The University of Toledo Sailing Club achieved it.

“While it was a bummer not to uphold our third-place score for the entirety of the regatta,” Fraker said, “we left with an increased respect from our fellow competitors, invitations to more prestigious regattas and a lot of pride in ourselves for being able to evenly compete on a playing field with programs that far outweighed our training capabilities.”

This was the capper to an already stellar season for the sailing club. They won the Great Lakes Intercollegiate Offshore Regatta in Chicago and were then given the honor of sailing a highly technical Figaro II sailboat in Larchmont, N.Y., for the Intercollegiate Offshore Regatta. That event, unfortunately, was canceled on both days of competition due to strong wind and big seas.

“We will be continuing to train for success in keelboat/offshore sailing,” Fraker said, “as well as growing the regional dinghy sailing program in hopes of sending some of our sailors to national events for small boats.”

For now, as they do during the winter months, club members get together for classroom learning such as knot tying and racing tactics.

During spring through fall, the club will typically practice twice a week at North Cape Yacht Club, with the more experienced members teaching the newer members on two-person dinghies, or small boats.

The sailing club is looking to add members as well — even those who want a more casual commitment.

“You are not required to attend regattas, so if you want to join just to practice and try something new without the competition aspect, we are 100% open to that,” Fraker said. “We want to make sailing a fun and accessible sport for anyone who shows interest, so we try our best not to pressure people to feel obligated to attend competitions.”