For many directors, it may take years before their original work is performed on the stage.

For senior theatre major Alec Simon, that opportunity has arrived. 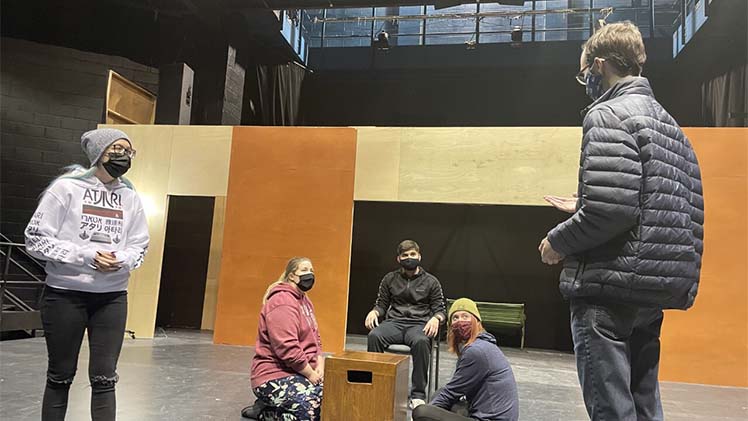 Simon’s original work, “Elkshire,” will take the stage for four performances this February at the Center for Performing Arts, representing the culmination of years of writing that started back in middle school.

“Elkshire” is a fantastical journey through a far-off land. The story follows Merrick, an inventor, as she tries to impress the town’s ruler while trying not to derail the flow of daily life for those living in the town. But a force works to upend everything and Merrick must save her friends, family and the town as a whole.

In middle school, his love for theater grew into a curiosity for writing. The plot to “Elkshire” began as parts of short stories he wrote. It wasn’t until his freshman year of high school that he transformed his short stories into the script that “Elkshire” came to be.

When he started classes at UToledo, Simon was able to adapt the script even further. He dove deeper into writing methods and storytelling elements that helped him fine tune his work.

“All the stuff I’ve learned here at UToledo really helped me to develop” as a playwright, Simon said. “Over the past three years, it’s taken the most iterations and drafts to get the script to where it currently is.”

With only a few student works performed each year at the Center for Performing Arts, the pitching process to faculty starts early. 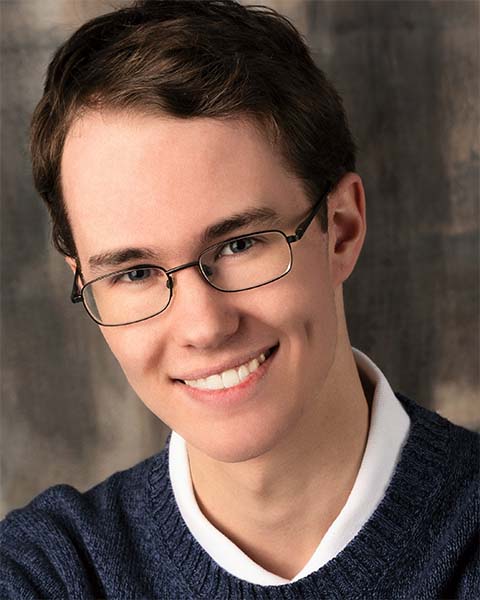 During his freshman year, Simon pitched his idea to Dr. Matt Foss, associate professor of theatre, who helped him prepare to pitch “Elkshire” later as a real production for UToledo. Foss was open and inviting to Simon’s ideas, working through roadblocks and helping to find solutions.

“Alec took that invitation and opportunity early on in his time on campus, writing at a prolific pace, building the space to try and risk and make those necessary mistakes that come from the best learning experiences,” Foss said. “He’s a serious-minded young man who doesn’t take himself too seriously — a really wonderful way to approach the work.”

It was his junior year that Simon formally and successfully pitched “Elkshire.” His creative process continued into this past summer with readying the script for public performance.

“There were a lot of steps that we had to go through,” Simon said. “Polishing, refining and also learning how to get it to a directing and performance standpoint.”

Simon, who is directing “Elkshire,” cast 14 UToledo students — a mix of theatre and other majors — in the fall. The ensemble continues rehearsals in preparation for the shine of the bright stage lights and the applause of a packed audience.

After the curtain closes on Simon’s time as a Rocket, he said wants to continue designing and writing for theater companies or schools in the Toledo area, inspiring future theater playwrights that they, too, can see their work come to fruition with a little guidance from others.

“When people create their first work, they’re always so protective of their work,” Simon said. “This is their baby and they don’t want anyone changing it.

“I’ve learned that no one wants to destroy your work. They want to help make it better and have more eyes on the process. This makes the show bigger and better and allows you to see things you didn’t necessarily see the first time.”