Sponsored by Toledo Excel and the UT Joint Committee, the conference will take place from 8:30 a.m. until 1 p.m. in the Student Union Auditorium. This year’s theme is “Beyond the Classroom: The Rewards of Self-Directed Learning.” 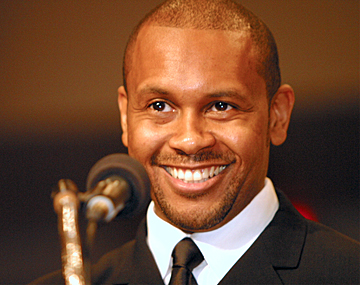 An acclaimed community activist and award-winning writer, Powell was born and raised in Jersey City, N.J., by a single mom in extreme poverty surrounded by violence. In spite of these circumstances, Powell studied at Rutgers University and has become one of the most respected writers and voices of his generation. He shared that story in the 2015 autobiography titled The Education of Kevin Powell: A Boy’s Journey Into Manhood.

He is the author or editor of 12 books, and is working on a biography of Tupac Shakur, the late rapper.

As a leader, Powell has worked on a range of concerns, including voter registration, Hurricane Katrina relief, education, the environment, eradicating poverty, and supply and resource support for post-earthquake Haiti. 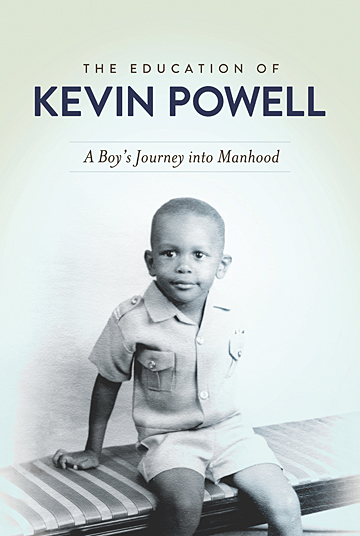 As an extension of his public service work, Powell routinely lectures across America and internationally, and he is a frequent presence on television and radio offering his commentary on a variety of issues, including the national conversation on domestic violence and how men can help to end the assault on women and girls.

Powell is co-founder of a national organization, BK Nation, which focuses on education, job creation and small business development, civic engagement, and health and wellness.

“Recognized for his sociopolitical influence, Kevin has earned a reputation as a positive force among youth and young adults,” said David Young, director of the Office of Excellence and the Toledo Excel Program. “His commitment to fostering broad-based communication about issues related to politics, violence and socioeconomics will make him an outstanding speaker for this conference.”

After the general session featuring Powell, there will be a breakout session for parents and educators titled “Stop Picking on Me.” This session will be led by Heather Baker, director of pupil placement and child adjustment services for Toledo Public Schools, and Cathleen Smith, Toledo Public Schools educator.

A concurrent session for students titled “Self-Directed Learning: Seeking Education Beyond the Classroom” will be facilitated by Rhonda Sewell, government affairs and media strategist at the Toledo-Lucas County Public Library, and feature a panel of distinguished Toledo Excel alumni.

Toledo Excel was established in 1988 to help groups of students underrepresented in higher education, including African, Asian, Hispanic and Native Americans, for success in college. Through services such as summer institutes, academic retreat weekends, campus visits and guidance through the admission process, students increase their self-esteem, cultural awareness and civic involvement.

The Office of Excellence is a hub of academic programs, activities and services that reach students in the eighth grade through high school graduation and beyond. These programs include Toledo Excel, Upward Bound, and the annual Conference for Aspiring Minority Youth. The Office of Excellence is part of the Division of Student Affairs. The UT Joint Committee includes representatives from The University of Toledo, Toledo Public and Parochial schools, and civic and community leaders from the city of Toledo. The mission of the committee is to bring together people in the Toledo community interested in the education of underrepresented youth. The UT Joint Committee also serves as an advisory board and support system for Toledo Excel.

Make a reservation for the free, public conference by visiting utoledo.edu/success/excel or calling 419.530.3820.