A University of Toledo cancer researcher whose work has unearthed new avenues for overcoming drug-resistant cancer has been elected as a Fellow of the American Association for the Advancement of Science.

Dr. Jian-Ting Zhang, professor and chair of the Department of Cancer Biology in the UToledo College of Medicine and Life Sciences, is one of 564 Fellows elected this year for their scientifically and socially distinguished achievements. 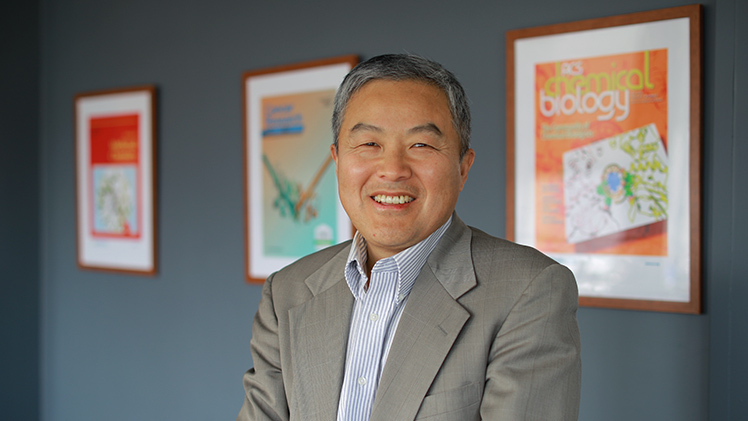 Dr. Jian-Ting Zhang, professor and chair of the Department of Cancer Biology in the UToledo College of Medicine and Life Sciences, is one of 564 Fellows elected this year for their scientifically and socially distinguished achievements.

“You never expect you’re going to get this kind of recognition,” Zhang said. “I am honored to be elected a Fellow, but I feel it’s even more important for the University than myself. It gets the University recognized in the scientific field, which puts us on the map and helps improve our reputation.”

Founded in 1848, the AAAS is the world’s largest general scientific society and publisher of the journal Science. Becoming an AAAS Fellow is one of the highest honors in the field of science.

Zhang, who joined UToledo in February 2019, studies the mechanisms of drug resistance in cancer chemotherapy with an aim of identifying new targets and therapeutics for more effective cancer treatment.

A key area of his research focuses on investigating the potential benefits of drugs that have already been approved by the U.S. Food and Drug Administration to treat cancer, either on their own or by circumventing resistance to standard treatments.

Zhang’s earlier work had shown that an enzyme called fatty acid synthase played an important role not only in the proliferation of cancer, but also in preventing chemotherapy drugs from killing off the cancer cells.

Searching a library of approved drugs, Zhang, along with his collaborators including Dr. Jing-Yuan Liu, an associate professor in the UToledo College of Medicine and Life Sciences, found proton pump inhibitors could also reduce the activity of fatty acid synthase, potentially restoring the effectiveness of chemotherapy.

“We got ahold of a database of 7,000 breast cancer patients. About 13% were taking proton pump inhibitors,” Zhang said. “Those patients had a much better prognosis, longer survival and lower recurrence of their cancer. It dramatically benefitted them.”

That research, paired with preclinical laboratory studies, launched a clinical trial led by a well-known physician-researcher at Indiana University, where Zhang worked prior to coming to UToledo.

Triple negative breast cancer is among the most difficult to treat, with no currently approved targeted therapies. Patients also frequently become resistant to chemotherapy. However, the clinical trial found that pairing chemotherapy with a proton pump inhibitor resulted in significantly better outcomes.

“When you do the standard of care chemotherapy, the pathologic complete remission was about 40%. Adding the proton pump inhibitor pushed that up to 74%, exceeding expectations,” Zhang said. “It makes us very proud that our laboratory study was translated to a clinical setting and that cancer patients are benefiting from this type of research.”

Results of the clinical trial were published late last year in the journal Clinical Cancer Research.

In addition to fatty acid synthase, Zhang’s lab is focused on a protein called survivin and other potential targets to circumvent drug resistance. He also studies the genetics of tumor development.

Zhang and the other new Fellows will be celebrated later this year during an in-person gathering when it is feasible from a public health and safety perspective.