For 26 years, Dr. Timothy Fisher has clocked countless helicopter hours flying to frozen lakes across Canada and the northern United States to study the effects of ancient glaciers.

“We are learning from past global climate change to predict what might happen in the future,” Fisher said. “I have disproven common assumptions in the scientific community by coring into the bottom of snow and ice-covered lakes for sediment samples to reconstruct and understand conditions on planet Earth more than 10,000 years ago.” 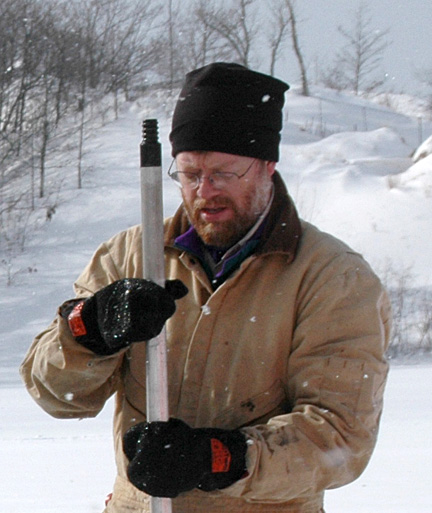 One of the world’s largest geological societies recently honored The University of Toledo geology professor and chair of the Department of Environmental Sciences as one of the best in his profession by electing him as a Fellow of the Geological Society of America (GSA), an association with more than 26,000 members in 115 countries. The association promotes geoscience research, discovery and stewardship of the Earth.

“This is quite an honor,” Fisher said. “The GSA fellowship carries weight over the quality of my work to reconstruct past positions of receding glaciers and glacial lake levels to decipher whether there is a relationship with climate records in the Greenland ice cores. This adds more confidence to what I do, and perhaps I will be more aggressive applying for research grants.”

Fisher was nominated for his “significant contributions to the understanding of Glacial Lake Agassiz, the Great Lakes and associated environments,” according to the GSA award. “His field work, which spans several Canadian provinces and northern states, has led to publications that change the way we think about the history of some of the predominate landscapes of North America.”

“I am very pleased to congratulate Dr. Fisher on his election as a Fellow of the Geological Society of America,” Dr. Karen Bjorkman, dean of the UT College of Natural Sciences and Mathematics, said. “His selection is a recognition of his outstanding work in improving our understanding of glacial landscapes, including our own Great Lakes. It also provides additional evidence of the excellent faculty members we are fortunate to have here at The University of Toledo.” 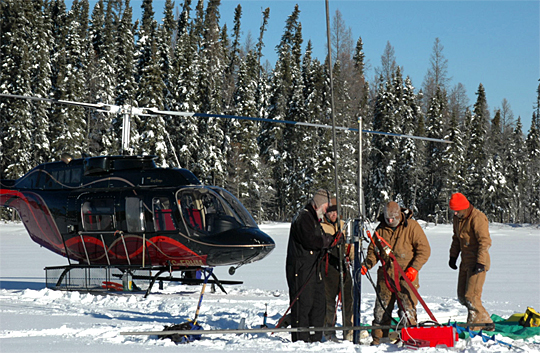 Fisher has written 67 peer-reviewed publications to argue ideas in his areas of specialty, including the history of Great Lakes sand dunes and how they serve as a record of climate variability. One article published in the Journal of Paleolimnology recently was named one of the top 10 most cited papers in the scientific publication in 2014.

Fisher’s main research focus has been on the problems of a long-gone glacial lake in north-central North America known as Lake Agassiz, which filled with meltwater at the end of the last glacial period over an area more than three times larger than the modern Great Lakes combined.

“Lake Agassiz doesn’t exist anymore. Remnants of the glacial lake are in Lake Winnipeg in Manitoba,” Fisher said. “The controversy lies in where all of that freshwater went at the end of the last ice age. Did it drain into the Arctic or North Atlantic oceans, slow down the Gulf Stream and trigger rapid climactic shifts in the Northern Hemisphere? That’s now unlikely because the drainage outlet routes are too young. My age control data from coring lakes leads me to believe it’s possible that much of the freshwater from Lake Agassiz evaporated.”

The scientist is working to document a chronology of when and how glaciers retreated to understand the relationship between lake levels and past climate changes.

“I am working on big questions, such as if that relationship is cause and effect,” Fisher said. “This is background for trying to understand climate change in the future.”

As debate rages worldwide over warming temperatures, Fisher said. “We won’t see a similar glacial cycle again. The chemistry of Earth’s atmosphere has forever changed with the steady influx of greenhouse gases.”

Click here to read more about Fisher and his research.