Dokken added to Rock the Arena lineup for March 19

Dokken has been added to the Rock the Arena festival lineup for the show in Savage Arena Saturday, March 19.

The Grammy-nominated band is best known for songs “Burning Like a Flame,” “In My Dreams” and “Alone Again.” Dokken will replace L.A. Guns. 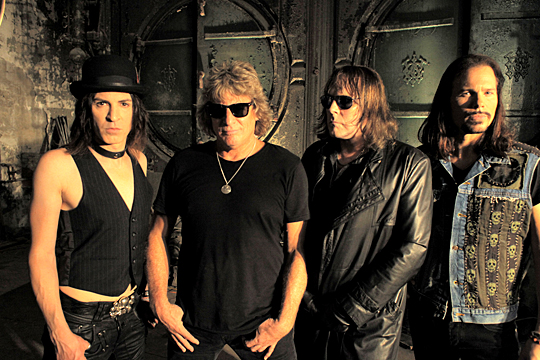 “Due to circumstances beyond our control, L.A. Guns will not be performing on March 19. However, we are thrilled to have Dokken in the lineup,” said UT Associate Athletic Director Tony Zaworski. “We can’t really say Dokken is ‘stepping in for L.A. Guns’ because with over 10 million albums sold, they are on a different level. Having Dokken on the bill adds value for the fans.

“We appreciate how great Don Dokken has been, even agreeing to play an earlier slot than normal to accommodate other bands’ travel schedules, which were already set,” Zaworski added.

Bret Michaels will headline Rock the Arena. Michaels is best known as the front man for Poison, as well as for his “Rock of Love” reality show and victory on “Celebrity Apprentice.”

For further information on Rock the Arena or other upcoming Savage Live events, visit UTRockets.com.