“Remembering Uncle Philip 2,” from the series “Elusive Memory” by Deborah Orloff, will be on display in the Royal Photographic Society’s 162nd International Photography Exhibition.

The UToledo professor of art’s image was selected from nearly 1,400 entries from 62 countries for the exhibition, which will open Saturday, Feb. 15, in Bristol, England. 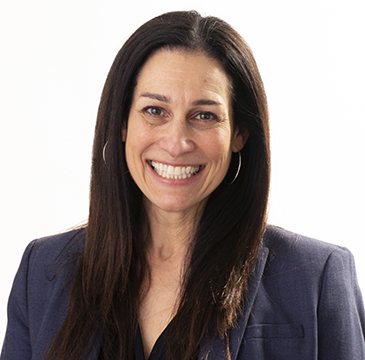 Orloff is one of 43 photographers to have work included in the world’s longest running juried photography exhibition, which over the next year will travel to a number of United Kingdom venues, including the Royal Albert Hall in London.

“I’m truly honored to have my new work chosen for this exhibition,” she said. “Competing with that many people from all over the world and then presenting with such talented colleagues is really humbling.”

The honor means even more to the artist because it features a photo from her family archive.

“Although the title ‘Remembering Uncle Philip 2’ suggests nostalgia for a lost relative, I don’t actually recognize the man in the photo; the title is ironic and speaks to the fallibility of memory.” 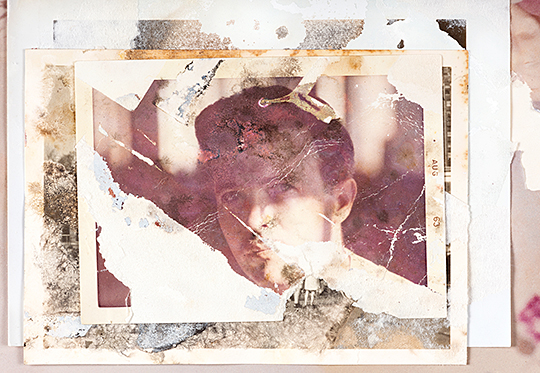 She began reflecting on the photographic past following the death of her father in 2007.

“Several years ago, I inherited thousands of neglected prints and slides that had been in my father’s basement, where they were damaged by flooding. I started photographing them in the studio, not knowing what I would do with the images, but hoping to salvage some of the family pictures for posterity,” Orloff said. “It wasn’t until I saw them enlarged on a computer screen that I recognized their poignancy and greater relevance: I saw metaphors for loss and the fragmentary, ephemeral nature of memory.”

“Family photographs provide glimpses of the past and elicit memories, shaping narratives of personal history and identity,” Orloff said. “Pictures reinforce recollections, but do we really remember our past, or have we simply absorbed personal photographs into fabricated memories and shaped our perspective accordingly?

“The connection between photography and memory is enigmatic, and ‘Elusive Memory’ is a meditation on this dubious relationship.”

In 2019, Orloff received an Individual Excellence Award from the Ohio Arts Council for “Elusive Memory.”

To see more of Orloff’s work, visit her website at deborahorloff.com.

For more information on the exhibition, go to the Royal Photographic Society’s website.