The University of Toledo Theatre and Film Department’s contemporized production of “20K Leagues Under the Sea” is one of three plays selected among nearly 70 entries for a staged reading at CATCO’s New Works Festival. 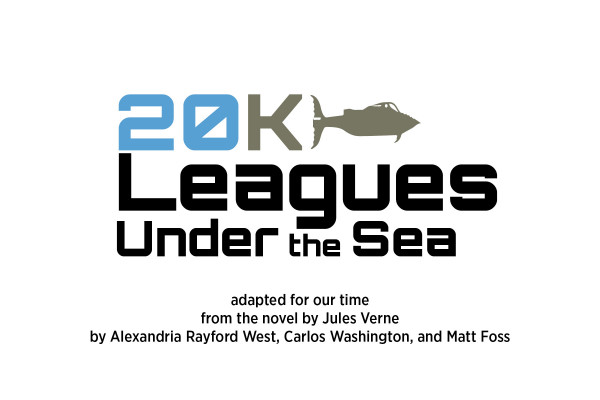 The three-week festival’s plays — one for young audiences and two for general audiences — go through separate weeklong workshops, followed by a live public virtual reading each Saturday during the festival. The readings are followed by audience talkbacks to provide feedback about the plays.

The “20K Leagues Under the Sea” virtual reading is scheduled for 8 p.m. Saturday, Feb. 13. Tickets to the virtual events are $5. A performance of the play is also available to watch online for free.

Written by UToledo students Alexandria Rayford West and Carlos Washington, and Dr. Matt Foss, associate professor of theatre, and based on the novel by Jules Verne, “20K Leagues Under the Sea” uses the story of Captain Nemo’s fight against injustice and oppression to reflect a contemporary narrative.

The play was created by The University of Toledo Black Theatre Ensemble and students in the Department of Theatre and Film, and was recently showcased at the annual Kennedy Center American College Theater Festival for Region III.

Acceptance into the Kennedy Center American College Theater Festival puts the student work and production into consideration for national awards to be announced this spring.