The newest faculty members with the honorary title, who were approved and recognized by the UToledo Board of Trustees Feb. 10, are:

•  Nicole Porter, professor of law in the College of Law;

•  Dr. Yanfa Yan, professor of physics in the College of Natural Sciences and Mathematics; and

•  Rebecca Zietlow, Charles W. Fornoff Professor of Law and Values in the College of Law.

“We are proud to recognize these faculty members with the University’s highest honor of being named Distinguished University Professor,” said Dr. Karen Bjorkman, provost and executive vice president for academic affairs. “These outstanding professors have made a meaningful impact in their fields as leading experts in law and solar energy.” 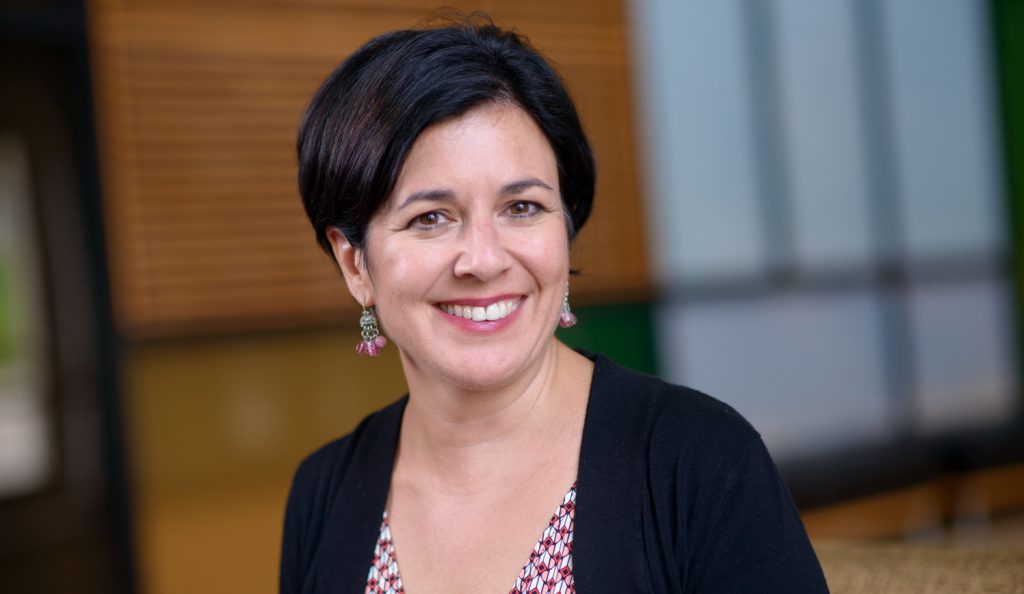 Porter joined the University in 2007. She is a leading national authority in disability rights and the rights of women, particularly caregivers, in the workplace. Her scholarship has enriched employment law and helped lay the groundwork for important changes in federal law, including the Family and Medical Leave Act provisions relating to caregivers.

Porter has published more than 41 articles in scholarly journals and is the co-author or editor of four books, including one forthcoming in 2021. Her work is widely cited by other academics, lawyers and courts. She has presented her work at many conferences, including at Stanford Law School and Berkeley Law School, and is often quoted in national media outlets.

“I am humbled and honored to join this very talented group of distinguished professors. It is such a privilege to be recognized for doing what I love to do — training future lawyers, furthering the mission of the College of Law and University and writing meaningful scholarship that influences the law,” Porter said. “I am grateful for the support I have received from Dean Ben Barros, Associate Dean Geoff Rapp and all of my colleagues.”

In 2016, Porter was selected for the UToledo Women’s Commission Outstanding University Woman Award.

In  2018, Porter received the UToledo Outstanding Researcher and Scholarship Award. And in 2020, she was selected for the Paul Steven Miller Memorial Award for “outstanding academic and public contributions to the field of labor and employment law scholarship.” This award is given annually to one scholar at a national conference of labor and employment law professors. 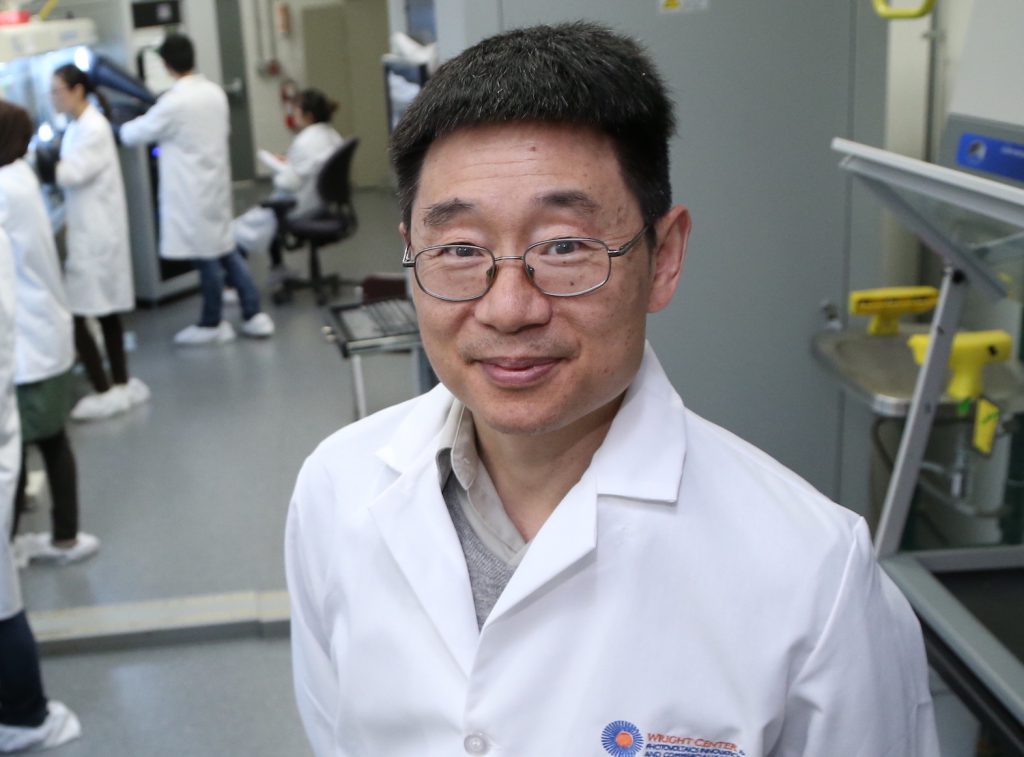 Yan is a leader in the theory, characterization and fabrication of photovoltaic devices and has made substantial contributions to the field of solar fuels and energy storage.

He came to UToledo in 2011 as a professor and Ohio Research Scholars Endowed Chair. Since then, he has been a prolific researcher publishing 262 papers and securing more than $24 million in external research grant funding. His work has accrued more than 32,700 citations.

Yan is a leader in the development of thin-film solar cells including perovskite solar cell technology using a compound material with a special crystal structure that can be used to create less expensive and highly efficient solar cells.

“I am honored and humbled by the recognition,” Yan said. “The scholarly success of my group is due to the dedication of my students, postdocs and research scholars, and the support of my colleagues inside and outside of the University. This recognition belongs to them all.”

Among Yan’s University honors, he received in 2018 the UToledo Outstanding Researcher and Scholarship Award and in 2017 earned the President’s Award for Excellence in Grantsmanship. He was named a Fellow of the American Physical Society in 2011. 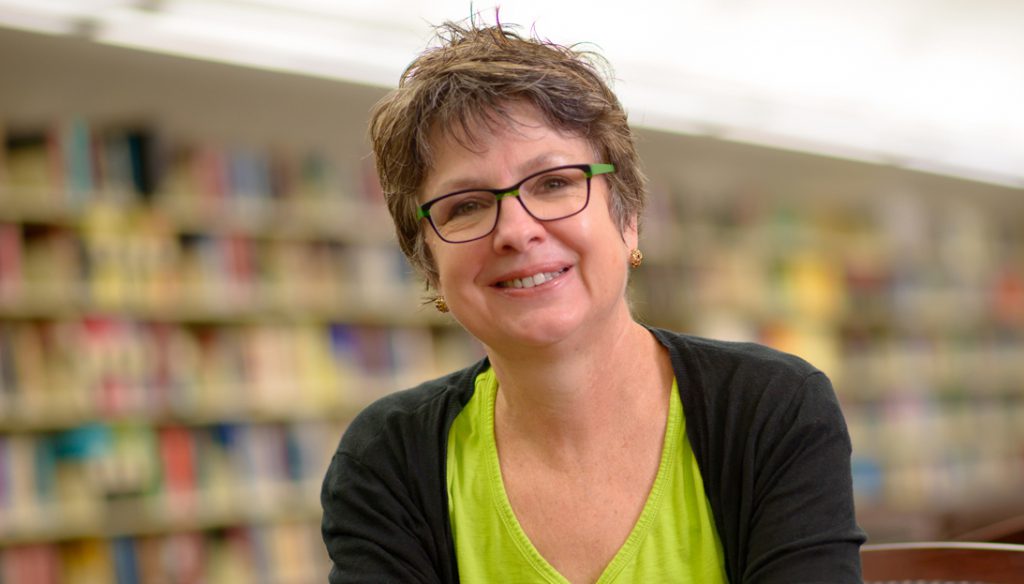 Zietlow has been a member of the UToledo faculty since 1995 and has served as the Charles W. Fornoff Professor of Law and Values since 2002. A constitutional scholar, she studies the Reconstruction Era with an emphasis on the meaning and history of the Thirteenth and Fourteenth Amendments.

Zietlow has written two books, six book chapters and 26 scholarly articles. She presents widely at leading conferences in her field and is often featured in national media outlets.

“I am thrilled and deeply honored to receive this award,” Zietlow said. “I feel so lucky to be able to teach and write about the Constitution and history of our country, and to help our students to start their legal careers. Thank you to my wonderful and supportive dean and colleagues, and most of all, thanks to all of the students whom I have taught and learned to know over the years.”

In 2016, Zietlow was elected by her peers as chair of the Association of American Law Schools Section on Women in Legal Education, where she also mentored and created opportunities for women through the legal academy. She also served as the chair of the association’s Section on Constitutional Law from 2017-2018.