Eric Chaffee, Distinguished University Professor in The University of Toledo College of Law, was recently elected a fellow of the American Bar Foundation, an honor limited to only 1% of lawyers licensed to practice in each jurisdiction. 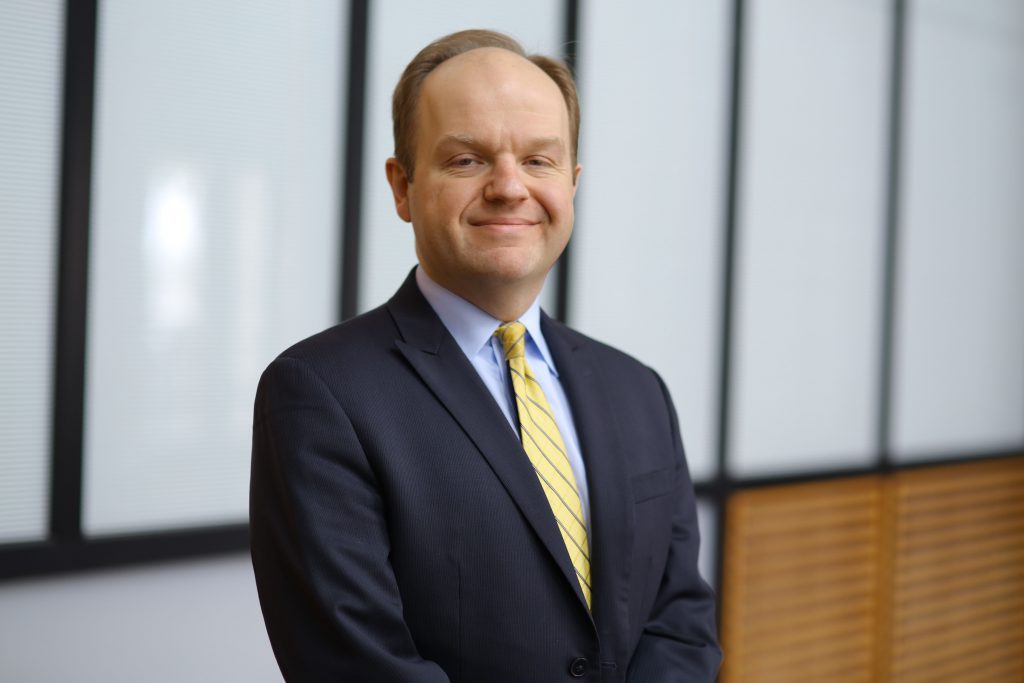 American Bar Foundation Fellows is a global honorary society of attorneys, judges, law faculty and legal scholars whose public and private careers have demonstrated outstanding dedication to the highest principles of the legal profession and to the welfare of their communities. Members are nominated by their peers and selected by the foundation’s board. Fellows hail from nearly 40 countries and hold a wide variety of influential roles.

“I am excited to become a part of the American Bar Foundation,” Chaffee said. “Its commitment to research and access to justice are outstanding. I’m honored to join the ranks of its members.”