The University of Toledo has selected Bryan B. Blair, the chief operating officer and deputy director of athletics at Washington State University, as the Rockets’ new Vice President for Intercollegiate Athletics and Director of Athletics. Blair will begin at UToledo on May 1, following current athletic director Mike O’Brien’s retirement after leading the University’s athletic program for an unprecedented 20 years.

“Bryan brings a wealth of experience to this role, from strategic planning to budgeting to diversity and inclusion to academic success initiatives,” UToledo President Gregory Postel said. “I’m excited to see what he will do, working with our outstanding coaches and athletic staff, to lift our Rockets to even greater heights.” 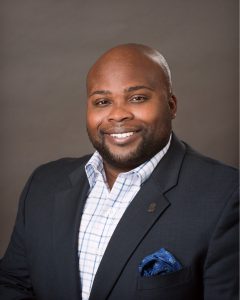 Currently, Blair leads the team of sport administrators responsible for day-to-day oversight of Washington State’s 17 varsity sports programs as well as overseeing several departmental units focused on student-athlete success. Among his responsibilities is managing the university’s Nike contract, serving as the chief diversity officer in athletics, and overseeing the development and execution of WSU’s athletic strategic plan. While in his current role, the Cougars have excelled on and off the court, competing for NCAA championships, setting cumulative GPA records, doubling yearly fundraising to more than $30 million, and securing 50 of the top 70 largest gifts in WSU athletic history.

“I want to thank Dr. Postel for entrusting me to lead our athletic program as we build upon the established success within UToledo Athletics,” Blair said. “This department has a storied history and immense potential to grow, creating an even more vibrant campus and sense of community. When you combine that foundation with Dr. Postel’s visionary leadership and the thriving city of Toledo, it creates an exciting environment to positively impact the lives of student-athletes and for our department to reach unprecedented heights, together. As a former student-athlete, I know the power of sports firsthand. College athletics has the ability to educate, transform lives and unite in a way that little else does. My family and I look forward to joining the Toledo community.”

Prior to WSU, Blair was the senior associate athletic director at Rice University. While at Rice, he served as a member of the athletics department’s senior leadership team, while overseeing sports medicine, strength and conditioning, sports nutrition, compliance, and seven of the department’s 16 NCAA Division I sports programs. In addition, Blair served as the advisor for the Student-Athlete Advisory Committee (SAAC), and helped secure a multimillion-dollar partnership, one of the largest in Rice Athletics history.

Prior to his time at Rice, Blair worked at the University of South Carolina and at the NCAA.

A rising star in intercollegiate athletics, he has been selected to serve on the National Sports Forum’s Steering Committee and the Board of Directors for the Minority Opportunities Athletic Association.

He holds a law degree from the University of South Carolina and completed his undergraduate studies at Wofford College, where he was a Division I football student-athlete.

Blair and his wife, Jenna, have two children, Brielle and Beau.

He will be introduced to the Rocket community during a press conference at 2 p.m. Thursday, Feb. 24 in Savage Arena. The event will be streamed live on the Toledo Rockets YouTube channel.