Dr. Joel Pruce of the University of Dayton will speak about human rights Thursday, March 3, as part of the UT Department of Political Science and Public Administration’s 2016 speaker series.

The title of Pruce’s discussion is “What Does Human Rights Look Like? Visual Culture of Aid, Activism and Advocacy.” 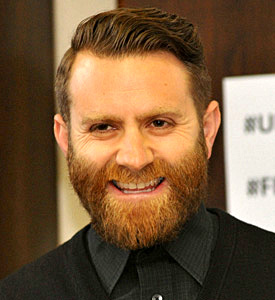 He will talk about what people can learn about human rights organizations through an analysis of the visual expression of their work.

The free, public discussion is slated for 5:15 p.m. in Snyder Memorial Building Room 2040.

Pruce joined the University of Dayton in 2014 as an assistant professor of political science. He is the editor of the forthcoming book, The Social Practice of Human Rights.

Pruce’s talk is part of a series offered by the College of Languages, Literature and Social Sciences.