Senior Safety Inspired by Grandmother to Excel in Classroom

Tycen Anderson was still in grade school when he first became aware of the value of education.

His grandmother, Linda Payne, was studying to earn her high school diploma. Between working full time and her studies, the days were long and exhausting. Anderson wanted to help her but felt powerless. He recalls it now as a turning point in his young life. 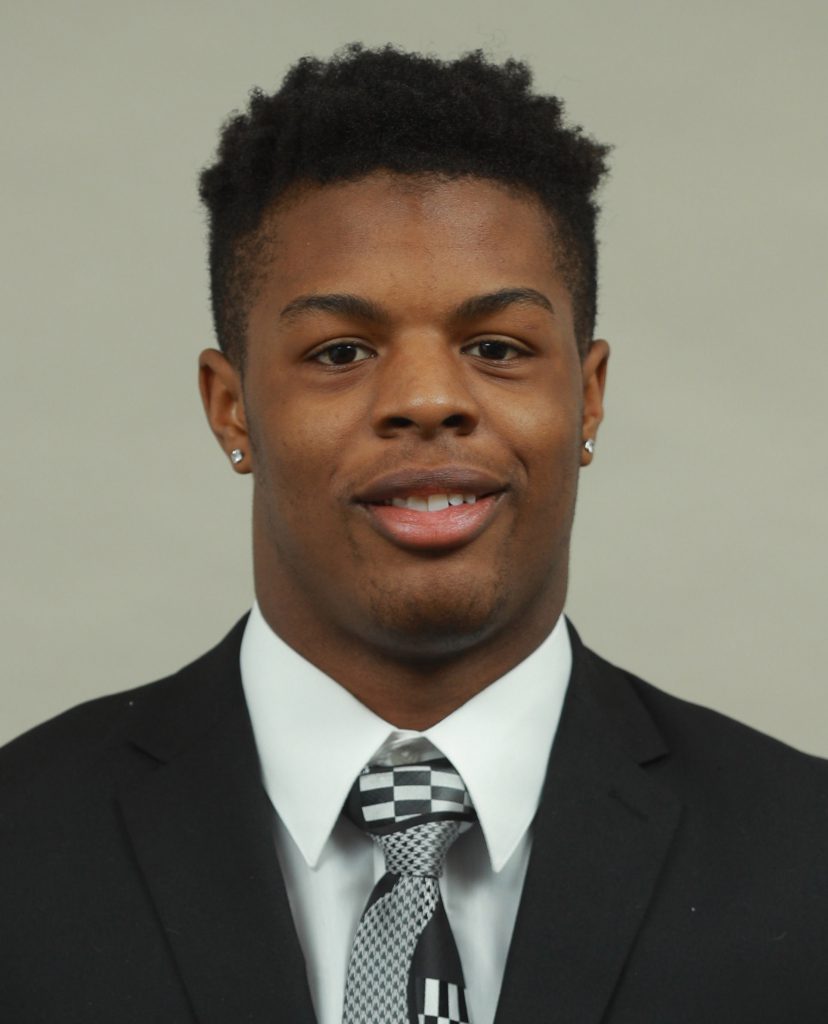 “I still have a vivid memory of a light on at the kitchen table and my grandma studying for her GED,” said Anderson, a senior captain and safety on the Toledo football team. “She was struggling but I couldn’t help her — I was just in fifth grade. After seeing how hard my grandma worked, I made a conscious decision to do the best I could in school.”

Anderson went on to become a good student, attending Martin Luther King Elementary and Rosary Cathedral School before enrolling at St. John’s Jesuit High School. From there he was offered a scholarship to play football for his hometown team and has never looked back. Last December, he received his bachelor’s degree in professional sales in the College of Business, becoming the first person in his immediate family to graduate from college.

Among those in Anderson’s family attending the virtual graduation ceremony was his grandmother. Over the years she has attended many of his football games, but never was she prouder than when her grandson received his diploma. “Awesome. Amazing. Words can’t describe how I feel,” Payne said.

“She was there, smiling from ear to ear,” Anderson said. “She’s always been there for me — at graduation, at my games. She is pushing me even when she doesn’t know it. If I’m tired or it’s cold outside and I don’t feel like studying or going to class, I just think about my grandma. She’s my motivation.”

Anderson, who is working on his MBA, tries to help guide others onto a solid academic path. He has two sisters in high school who are college-bound and he encourages younger cousins or youngsters in his old neighborhood to stick with their studies. He has had numerous conversations with his sisters about college majors and what would be a good school to attend. (Hint: Their school colors are Midnight Blue and Gold.)

“Growing up, I didn’t have anyone in my life like that,” said Anderson, who has lived in three Toledo neighborhoods — two close to the inner city and one on the south side, where his father, mother and sisters currently reside. “I didn’t even know if I would go to college, to be honest. But football opened that door for me.”

Football is what brought him to St. John’s, but it was the school’s nurturing academic environment that made a lasting impact on him. 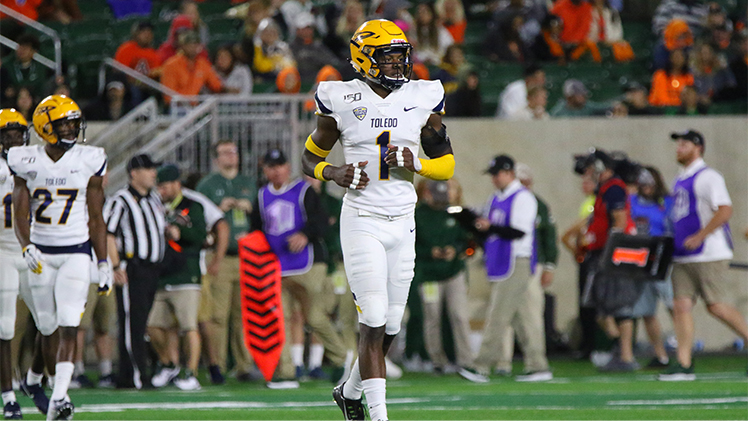 A senior captain and safety on the Toledo football team, Tycen Anderson received his bachelor’s degree in professional sales in the College of Business in December.

“At St. John’s, everybody wants to go to college,” said Anderson. “Like they say, you are who you hang around. I just soaked it up. I learned how to how to write, how to study effectively — so many things that I still carry with me to this day.”

Anderson has taken full advantage of his academic opportunities, especially his football scholarship at UToledo, where he is a three-time Academic All-MAC honoree.

A silver lining to the dark cloud of the COVID-19 pandemic has been the NCAA’s decision to let student-athletes have another year of athletic eligibility. Anderson and many of his senior teammates are returning to school next fall with the hopes of winning a MAC Championship.

But there is another advantage to the situation.

“Coming back for another year gives me a chance to further my education,” said Anderson, who was second on the team in tackles in 2020, earning second-team All-MAC honors. “I’m studying Leadership in graduate school, which is a two-year program. I plan on trying to play in the NFL next year, but even if that happens, I will still only be a semester away from having my MBA.”

When Tycen receives that next diploma, you can be sure that his grandmother will be there to help him celebrate.