Children who are abused could be more likely to experience migraines as young adults, according to a study by a University of Toledo neurologist.

The link between migraine and abuse was stronger for emotional abuse than for physical or sexual abuse, said Dr. Gretchen Tietjen, the Clair Martig Endowed Chair in Neurology at UT and a member of the American Academy of Neurology. 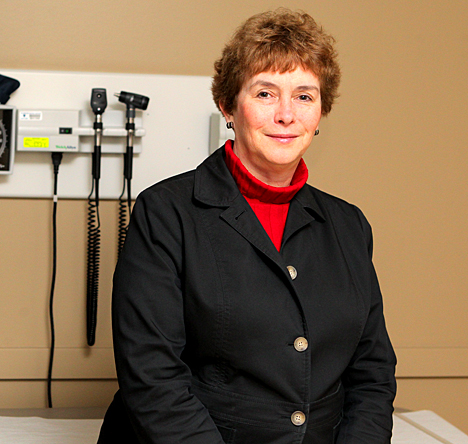 “Emotional abuse showed the strongest link to increased risk of migraine,” said Tietjen, who will present her research at the American Academy of Neurology’s 68th Annual Meeting April 15-21 in Vancouver, British Columbia. “Childhood abuse can have long-lasting effects on health and well-being.”

In the study, emotional abuse was assessed by asking, “How often did a parent or other adult caregiver say things that really hurt your feelings or made you feel like you were not wanted or loved?”

The study included data from 14,484 people age 24 to 32. About 14 percent reported they had been diagnosed with migraines. The participants were asked whether they had experienced emotional, physical or sexual abuse in childhood. Physical abuse was defined as being hit with a fist, kicked, or thrown down on the floor, into a wall or down stairs. Sexual abuse included forced sexual touching or sexual relations. About 47 percent of the participants answered yes to having been emotionally abused, 18 percent physically abused, and 5 percent sexually abused.

The relationship between emotional abuse and migraine remained when researchers adjusted the results to take into account depression and anxiety. In that analysis, people who were emotionally abused were 32 percent more likely to have migraine than people who were not abused.

Tietjen noted that the study shows an association between childhood emotional abuse, a very common occurrence, and migraine. It does not show cause and effect, although the finding that the likelihood of having migraines increases with increasing number of abuse types is suggestive of it.

“More research is needed to better understand this relationship between childhood abuse and migraine,” Tietjen said. “This is also something doctors may want to consider when they treat people with migraine.”

Tietjen’s latest research builds on previous studies that show a connection between maltreatment in childhood and headaches later in life.

A study led by Tietjen published in the Dec. 24, 2014, issue of Neurology, the medical journal of the American Academy of Neurology, showed a higher connection between people who were emotionally or sexually abused with migraine than those who had tension-type headaches.

Her body of research has shown that early life stress is associated with blood markers of inflammation and clotting, as well a number of different medical and psychiatric conditions in adulthood.