University of Toledo senior Petronela Simiuc has been named Most Outstanding Female Track Performer by the Mid-American Conference, the league announced March 3.

Simiuc earned the MAC title in the 800 meters, mile and distance medley relay at the MAC Indoor Championships Feb. 28 and 29.

The Bacau, Romania, native was named First Team All-MAC in each of the events and broke Toledo’s indoor 800m record with a time of 2:07.46.

Simiuc’s efforts helped the Rockets to a sixth-place team finish with 60.5 points, a half of a point ahead of Miami of Ohio. 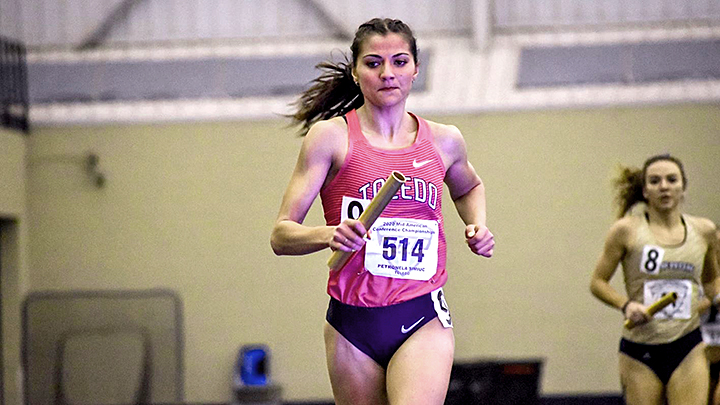