Professor Emeritus Barbara Floyd and Vice President for Research Frank Calzonetti are two of the speakers scheduled for a months-long lecture series to highlight Toledo’s deep connection to the glass industry as “The Glass City.”

Sponsored by the Libbey House Foundation, the lecture series is part of a worldwide celebration of the International Year of Glass, as designated by the United Nations. 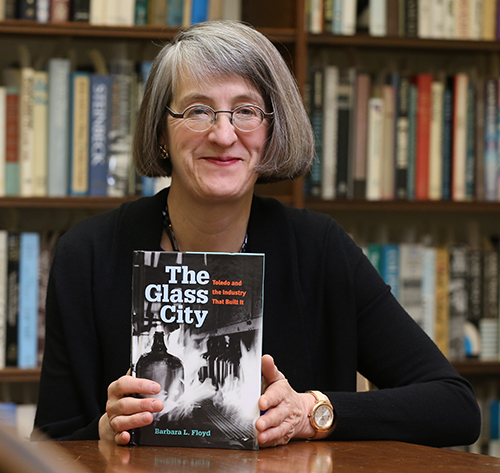 Speakers include historians, glass industry executives, curators and collectors. The series will focus on Toledo’s role in fostering the development of both industrial glass and art glass. The series is grouped into three themes:  The Roots of Toledo Glass, Toledo Glass Innovation, and Toledo Glass and American Aesthetics.

On Thursday, April 28, from 6 to 8 p.m. at the Libbey House, 2008 Scottwood Ave., Floyd, author of “The Glass City: Toledo and the Industry That Made It,” will present her lecture titled “Michael Owens and the Automatic Bottle Machine: 1900 to 1940.”

“The lecture will examine the machine that Owens invented and patented in 1904 to automatically make glass bottles, which completely revolutionized the industry,” Floyd said. “Among other advances credited to the machine is the ending of child labor in glass bottle manufacturing, which was one of the largest employers of children in America prior to the machine.”

Floyd also will present her lecture titled “Toledo Glass and Innovation that Changed the World” in September, which “will examine the various inventions and new methods for glass production developed by the Toledo glass industry,” she said, “such as the bottle machine, a new method for making flat glass, architectural glass and Fiberglas.” 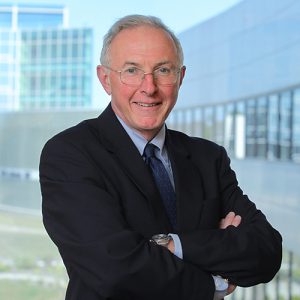 “Building upon knowledge gained in the glass industry, Toledo entrepreneurs along with University of Toledo faculty and students helped to create a new industry in Toledo in solar energy that is emerging as one of the major centers for this rapidly expanding industry,” he said. “My lecture will trace the development of this work highlighting the important role that a university plays in building new technology-based industry clusters.”

The cost of the lectures is $10 each, which includes a wine and cheese reception. Proceeds will go to the Libbey House Foundation, a nonprofit organization dedicated to the preservation of the Edward Drummond and Florence Scott Libbey house.

To register for the lecture series, and for more information on the series including a full list of speakers, topics and lecture dates, visit the Libbey House Foundation’s website at http://libbeyhouse.org/.