When the battery in an electric vehicle needs to be replaced, dealerships get rid of it even though it still holds up to 80% of its capacity.

To reduce waste and ensure a sustainable future, electrical engineers at The University of Toledo are pioneering a second-life market for used batteries from electric and hybrid vehicles.

Research published in the journal Electricity shows how technology called the bilevel equalizer created at UToledo transforms used lithium-ion batteries into inexpensive energy storage and increases the lifetime of the batteries by 50%. 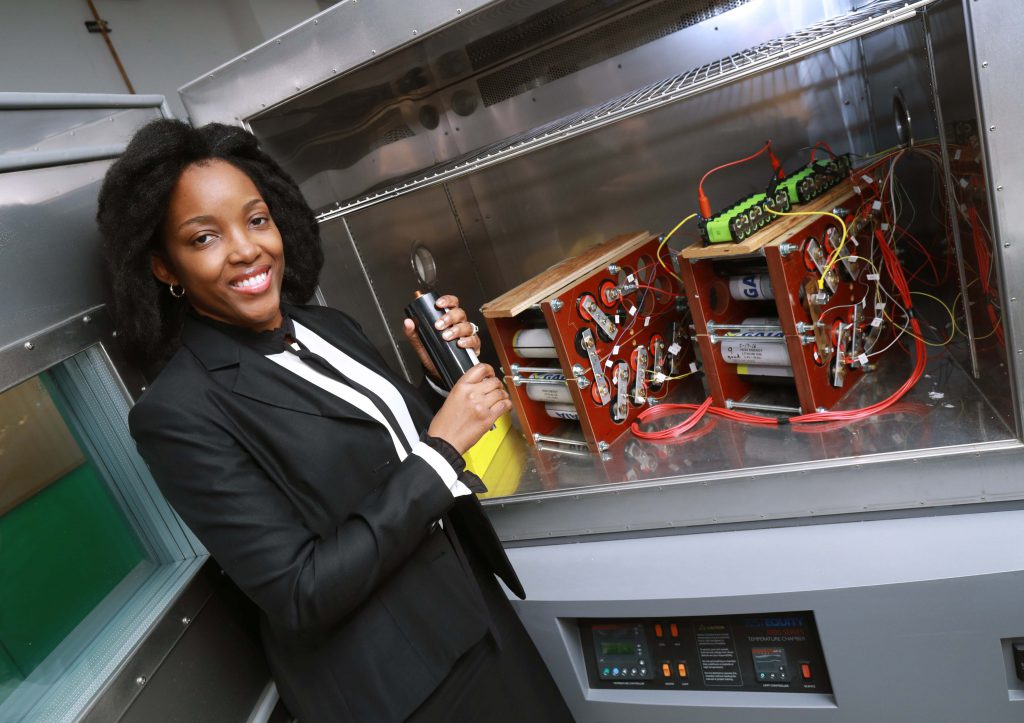 “The number of electric vehicles and hybrids on the road is increasing, and used batteries could really become a waste management issue,” said Dr. Ngalula Sandrine Mubenga, assistant professor of electrical engineering technology in the UToledo College of Engineering. “The concept of circular economy relies on the idea that the waste of one industry becomes the raw materials for another industry.”

Mubenga and Dr. Tom Stuart, UToledo professor emeritus of electrical engineering and computer science who had the idea for the bilevel equalizer, explained how a company that makes battery energy storage could acquire the used lithium-ion batteries and add the bilevel equalizer retrofit kit to them.

“That battery energy storage can then be used to store energy from solar panels, for instance, and other renewable energy systems and use that for a variety of power grid applications,” Mubenga said. “Our technology reuses electric vehicle batteries for a longer period of time and at a lower cost compared to other technologies.”

However, the researchers learned through discussions with more than 80 industry stakeholders that most manufacturers are reluctant to change their process in the plant to add the new technology, which increases the discharge capacity of lithium-ion batteries by about half.

“We designed our technology as a retrofit kit so it can be added to an existing battery pack and connect to the current battery management system,” Mubenga said. “All that is needed is a minimal hardware change and a software upgrade to turn the existing battery management system into a bilevel equalizer that would increase the longevity of the batteries.”

A solution to cheaper, longer-lasting battery packs, the bilevel equalizer is one of the first hybrids that combines the high performance of an active equalizer with the low cost of the passive equalizer, solving the weak cell issue in lithium-ion battery storage for packs with hundreds of cells.

The patented technology is geared toward a second-life market, not consumer retail.

“In theory, you could technically add a bilevel equalizer retrofit kit to your own hybrid, but most manufacturers prevent this type of modification in their warranty agreements,” Mubenga said.