Five members of the Toledo women’s basketball team and head coach Tricia Cullop were recognized with postseason distinctions by the Mid-American Conference, the league announced Tuesday.

For the fourth time in her career, Cullop was named MAC Coach of the Year after leading the Rockets to a 25-4 record (19-1 MAC) and a MAC regular-season title. 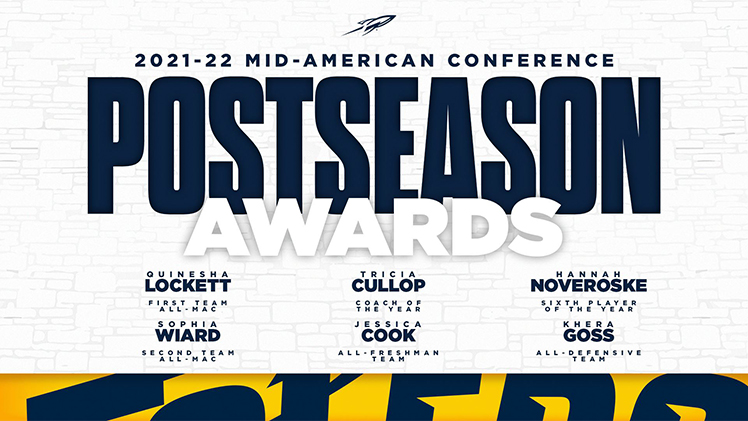 Juniors Quinesha Lockett and Sophia Wiard both earned All-MAC honors, with Lockett being named to the First Team and Wiard to the Second Team. Junior Hannah Noveroske was named the league’s Sixth Player of the Year while freshman Jessica Cook and sophomore Khera Goss were named to the MAC’s All-Freshman Team and All-Defensive Team, respectively.