Having a sleep disorder, such as insomnia or sleep apnea, significantly increases the risk of complications following spine surgery, according to a new study led by a University of Toledo medical student. 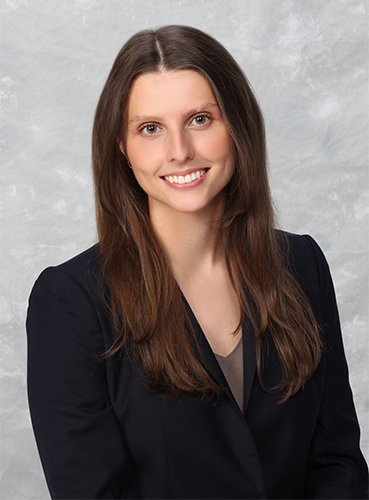 Patients who had previously been diagnosed with a sleep-wake disorder had, on average, longer hospital stays, more postoperative complications, fewer routine discharges and marginally higher rates of death.

The research was published recently in the journal World Neurosurgery.

“Sleep disorders are common and something that often seem innocuous,” said Kathryn Becker, who is also pursuing a Ph.D. at the UToledo College of Medicine and Life Sciences. “However, when we pulled that population out of our study cohort, we saw they had much higher rates of complications in almost every single reported category.”

Spinal fusion is among the most common surgical procedures in the United States, with more than 450,000 performed annually.

Those with sleep disorders also were more likely to be discharged to a rehabilitation facility or require home healthcare assistance.

While individuals with sleep disorders are more likely to have additional health issues, Dr. Jason Schroeder, the paper’s senior author, said the differences in surgical outcomes stood out even after adjusting for those comorbidities.

“Even for common medical conditions and procedures, such as sleep-wake cycle disorders and spinal fusion, there remain myriad interrelationships that are not yet well characterized,” said Schroeder, an associate professor of surgery in the UToledo College of Medicine and Life Sciences.

“Working to understand how the risks associated with one condition might affect other medical conditions or procedures is important for surgeons to be able to adequately prepare their patients for the risks and benefits of proposed surgical interventions,” he said. “Risk mitigation and decreasing peri-operative complications are critical parts of modern high-quality, value-based surgical care.”

Sleep-wake disorders cover a broad range of more than 100 chronic disruptions to sleep, including sleep apnea, restless leg syndrome, narcolepsy and insomnia. They affect a significant number of Americans —  the prevalence is estimated to be as high as 30% among adults — but are believed to be widely underdiagnosed.

Earlier research has suggested that poor sleep ahead of a surgical procedure can cause higher levels of post-surgical pain, more complications and longer hospital stays, but the specific link between sleep disorders and spinal surgery outcomes has not previously been well-studied.

Becker, who is pursuing her doctorate in cancer biology and has a particular interest in brain cancer, elected to dive into the topic when UToledo’s research labs were idled in the early days of the pandemic.

“I’ve noticed sleep-wake disorders have started to receive more attention within the biomedical academic sphere, and I think it’s also something that a lot of people can relate to — probably even more so in the context of the pandemic,” she said. “Sleep is a challenge for a lot of people.”

It’s important to note that the study’s findings did not show sleep disorders as the most significant risk factor for complications in patients undergoing spine surgery; however, they may be among those more easily addressed.

“Spine surgery is predominantly an elective procedure,” Becker said. “That gives a lot of room to delay the surgery and in the meantime incorporate things that might be able to mitigate the risks associated with a sleep-wake disorder. The more risk factors we can identify, the more we can make attempts to address those and ensure better patient outcomes.”

Becker said she hopes her study can serve as a jumping-off point for further research looking at a connection between sleep-wake disorders and other, less common neurosurgical procedures.