Dr. Gregory Whiffen, principal engineer at NASA’s Jet Propulsion Laboratory, will visit UT to share the math and physics behind Dawn’s 6.3-billion-kilometer journey to the main asteroid belt between Mars and Jupiter.

In 2007, the United States launched the deep space robotic mission propelled by ion engines. Known as Dawn, the spacecraft orbited a giant asteroid called Vesta in 2011 and now is circling the dwarf planet Ceres. 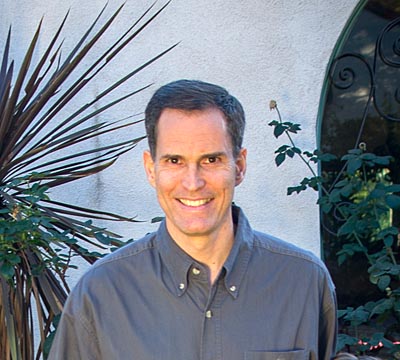 Scientists are studying Vesta and Ceres, which both formed about 4.5 billion years ago, to learn about the early solar system.

“In terms of net propulsive capability, the Dawn spacecraft is by far the most capable space vehicle ever launched,” Whiffen said.

In fact, earlier this month, the NASA Jet Propulsion Laboratory’s team behind the Dawn mission received the National Aeronautic Association’s Robert J. Collier Trophy, which is given annually in recognition of the greatest achievement in aeronautics or astronautics in America.

On Wednesday, March 30, Whiffen will give a talk titled “The Dawn Discovery Mission to Vesta and Ceres” at 7:30 p.m. in Memorial Field House Room 2100.

“I will briefly introduce the physics of ion propulsion and how this technology can greatly expand our exploration capability in our solar system and beyond,” Whiffen said.

He also will talk about Dawn’s physical perils in orbit around Vesta, as well as share some of the spacecraft’s discoveries and possible future directions for the mission.

On Thursday, March 31, Whiffen will give a talk titled “The Dawn Discovery Mission to Vesta and Ceres: Optimal Control of Spaceflight” at 7:30 p.m. in Memorial Field House Room 2100.

“The general problem of deep space trajectory design for ion-propelled spacecraft results in an elegant, but very difficult mathematical problem,” he said. “Optimal control theory has been and is continuing to be used to guide Dawn through all of its maneuvers both in deep space and during close proximity operations around Vesta and Ceres.”

Bellman’s principle of optimality will be outlined at the lecture.

Dr. Ivie Stein Jr., UT associate professor of mathematics, said, “It will be exciting to hear from a principal engineer who uses optimal control theory in mathematics to plan trajectories to the outer planets.”

Both free, public events are sponsored by Delta X, the Office of Student Involvement, Pi Mu Epsilon National Mathematics Honor Society at the University, the Mathematics and Statistics Department, and the College of Natural Sciences and Mathematics.

For more information on Whiffen’s talks, contact Stein at ivie.stein@utoledo.edu or 419.530.2994.