The spotlight will shine even brighter on diversity during April at The University of Toledo.

“It is amazing that April has been designated as Diversity Month at The University of Toledo by President Sharon L. Gaber,” Henderson Hill, assistant dean of multicultural student success, said. “It is even more important to continuously recognize diversity because it allows us to develop an ongoing inclusive community on our campus through dialogues, cultural events and overall support of differences. This, in turn, poises the institution to be even more progressive in improving the human condition.”

“Diversity at The University of Toledo has been an area of emphasis this year,” Gaber said. “I hope each of us will spend time during Diversity Month asking ourselves what more we can do to ensure basic values such as dignity and inclusion are reflected across UT campuses.”

To kick off Diversity Month, Gaber will give an address Monday, April 4, at noon in the Student Union Ingman Room.

“The University of Toledo offers more than a great place to educate yourself. It offers a place to be yourself,” she said. “At UT, we value all people — regardless of their cultural background, beliefs, ethnicity, gender or sexual identity — because this rich diversity enables us all to excel.”

“Diversity Week, which is the first week of Diversity Month, is meant to celebrate and embrace the high amount of diversity at The University of Toledo and our surrounding communities,” Shailen Shah, diversity chair for Student Government and member of the President’s Council on Diversity, said. “Many think of diversity as just ethnicity; we are trying to expand those beliefs to embody all types of diversity. We hope to see many students, faculty and staff at all of our events.” 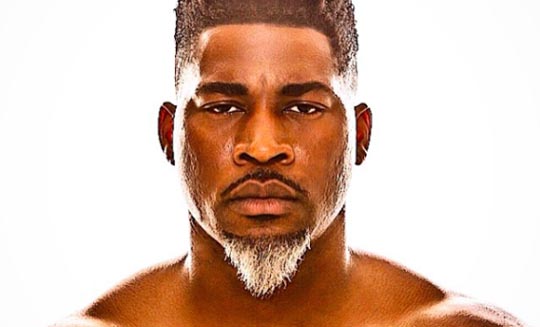 Rapper, record producer, actor and activist David Banner will give the keynote address Wednesday, April 6, at 7 p.m. in the Student Union Auditorium. A question-and-answer session will take place after the talk, and Banner is scheduled to sign autographs and take photos.

“Having David Banner here on our campus in Toledo is huge, not just for the University, but the city as a whole,” Lance Price, president of the Black Student Union, said. “His voice carries a lot of weight, so the excitement is crazy. People need to hear his message no matter where you came from.”

Born in Jackson, Miss., Lavell Crump chose the name of the lead character in the TV show “The Incredible Hulk” as his stage moniker. Since his 2000 debut disc, Them Firewater Boyz, Vol. 1, Banner has been a force in the music world. He has worked with T.I., Akon, Lil Wayne, Snoop Dogg and Chris Brown. His CDs include Mississippi: The Album, MTAs: Baptized in Dirty Water, The Greatest Story Ever Told, and Sex, Drugs & Video Games.

As an actor, he has appeared in several movies, including “Black Snake Moan,” “This Christmas,” “Stomp the Yard 2: Homecoming,” “The Butler” and “Ride Along.” And in 2006, Banner received a Visionary Award from the National Black Caucus for his work after Hurricane Katrina. 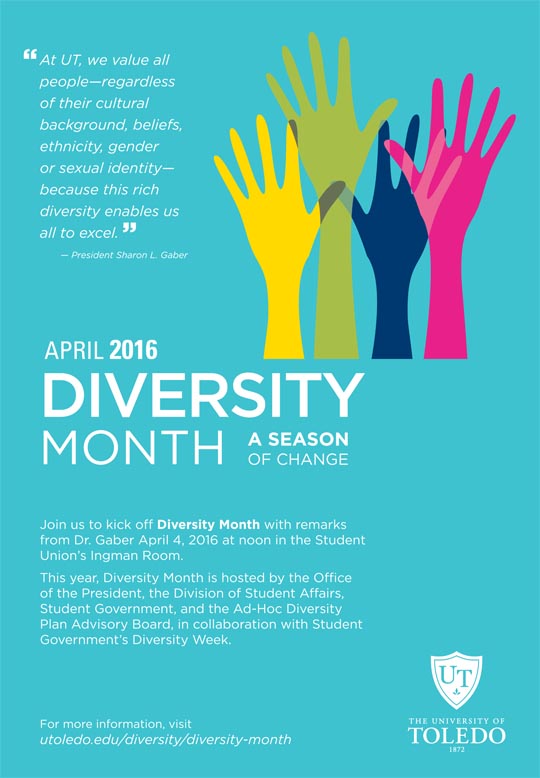 Listed by date, other events slated are:

• Thursday, April 7 — Dr. Jim Ferris, the Ability Center of Greater Toledo Endowed Chair in Disability Studies, UT professor of disability studies and director of the Disability Studies Program, will host a discussion on “Against Awareness: Disability, Sexuality and the Problem of Protection” at 12:30 p.m. in University Hall Room 4180.

• Saturday, April 9 — International Student Association Dinner, 6 p.m., Student Union Auditorium. UT President Sharon L. Gaber will speak at the event. Tickets are $15 in advance and $20 at the door; table of eight is $100, and children 4 and younger are free. Purchase tickets at Ask Rocky in the Student Union.

For more information on these events, go to utoledo.edu/diversity/diversity-month or call the UT Office of Multicultural Student Success at 419.530.2261.