On the weekend he is here, Behan will present a master class at 10 a.m. Saturday and a recital at 3 p.m. Sunday. Both free, public events will be held in the Center for Performing Arts Recital Hall. 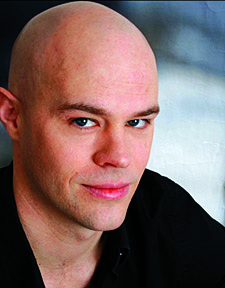 The recital program will consist of selected works from the first, second and third year of Franz Liszt’s “Années de Pèlerinage” (“Years of Pilgrimage”). These works are considered a summation of Liszt’s musical style, and many are linked to masterworks of art and literature.

Behan, a great fan of Liszt, is a founding member of the Ohio Chapter of the American Liszt Society.

As lecturer at Ohio State University, Behan has taught applied piano and served as opera coach for the School of Music.

He has won acclaim from audiences throughout the United States and Europe as an exceptionally versatile pianist. Season 2014-15 highlights include performances as concerto soloist with the Toledo Symphony Orchestra and Vince Lee, conductor, and solo concerts at the Valentine Theater in Toledo.

A winner in the Fischoff National Chamber Music Competition, Behan also serves on the collaborative faculty of the Mozarteum International Summer Academy in Salzburg, Austria, where he has worked alongside many great instrumental artists and teachers, including Umberto Clerici, Michael Frischenschlager, Igor Petrushevski and Zakhar Bron, as well as American opera singer Grace Bumbry.

The Toledo Piano Teachers Association assists with The University of Toledo Dorothy MacKenzie Price Piano Series. The association provides students for the master class, publicity for the class and concert, and refreshments for the reception in the lobby following the concert.