The paper, “Seasonal Effects Stronger Than Three-Year Climate Manipulation on Grassland Soil Microbial Community,” discusses research by Lindsey Slaughter of the University of Kentucky that occurred in 2011 on pastureland in the Bluegrass State. 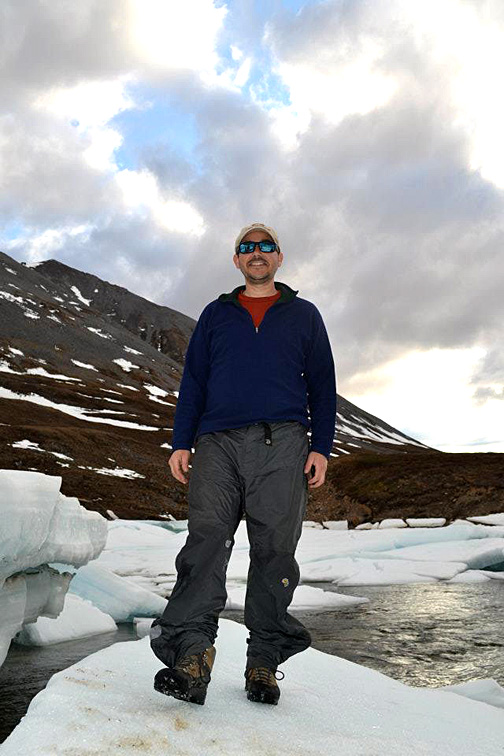 Dr. Michael Weintraub, shown here near the Toolik Field Station in Alaska where he conducts research, has received a lot of press on a paper on pastures that he co-wrote with Lindsey Slaughter of the University of Kentucky.

The project set out to discover what effects increasing temperature and precipitation could have on pasturelands, a topic that has received little research attention in the past, but is increasingly important in light of climate changes and in global warmingtemperature and rain and snow fall.

“Pastures are a major type of agricultural land use, but virtually nothing is known about how they will be affected by predicted changes in precipitation and temperature with climate change,” Weintraub, UT associate professor of soil ecology, said.

Slaughter, the lead author of the paper, completed this project for her master of science thesis research at the University of Kentucky. She connected with Weintraub, an expert on the soil microbial analyses required for her project, with the help of her adviser.

Weintraub provided guidance on sample and data interpretation for the project and hosted Slaughter in his lab at The University of Toledo, where a significant portion of the data samples were analyzed, he said.

With regard to predicted warmer and wetter conditions in the region of Kentucky that was studied, Weintraub said, “We may see changes in plant species composition, but our results suggest the impacts to the critical ecosystem services provided by microbes, such as decomposition and nutrient cycling, may be relatively small, especially if precipitation increases.”

Still, he reiterated lead author Slaughter’s belief that this topic is one in need of a long-term study both in Kentucky and other locations, since there were some changes detected.

Considering the initial paper generated stories in Science Daily and publications in 13 states, Weintraub is looking forward to working with Slaughter to conduct more research and continues to collaborate with her graduate adviser, Dr. Rebecca McCulley at the University of Kentucky.

“Because of the economic importance of pasturelands, where horses and livestock animals often graze for much of their lives, we need to understand how the ecological processes that support these animals, such as plant growth and decomposition, will be affected by changes in the environment,” Weintraub, who has worked at UT since 2006, said. “Our research suggests that plant growth, in particular, is likely to change with changes in temperature and precipitation. However, more research is needed because we do not yet have a clear enough understanding of how pasturelands will be affected by climate changes to be able to predict the impacts to farmers.”

A summary of the paper is available here.