Nick Thompson and Anjali Phadke have been elected Student Government president and vice president, respectively, for the 2020-21 academic year.

The Election Board released the results late yesterday.

Thompson will be a senior in the fall and is majoring in political science and economics. He has served as vice president of One Foot Forward and was a student trustee for Student Legal Services Inc.

Phadke will be a junior in the 2020-21 academic year; she is majoring in bioengineering with a premedical concentration. Phadke has served as vice president of leadership for Alpha Phi Omega and vice president of education for Global Public Health. In addition, she was an admission ambassador and member of Lambda Sigma Sophomore Honor Society.

Both are involved with Student Government this academic year. Thompson is chief justice, and Phadke is legislative secretary.

Thompson and Phadke will begin their terms in May. 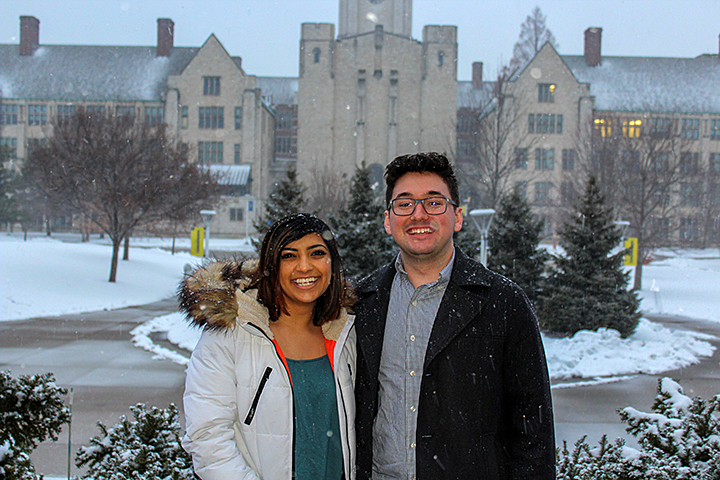