Astronomers at The University of Toledo have identified a new object in space approximately 100 light years away from Earth estimated to be roughly five to 10 times the mass of Jupiter and 10 million years old.

The free-floating planetary mass object identified by researchers as a brown dwarf is called WISEA J114724.10-204021.3, or just WISEA 1147 for short. A brown dwarf is a lightweight star that lacks enough mass to fuse hydrogen into helium, the process that makes stars like the sun shine. 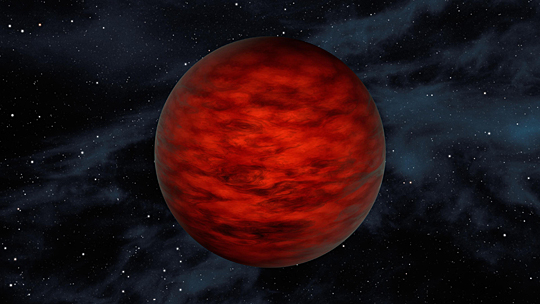 A young, free-floating world sits alone in space in this illustration from NASA/Jet Propulsion Laboratory at the California Institute of Technology. The object, called WISEA J114724.10-204021.3, is thought to be an exceptionally low-mass brown dwarf, which is a star that lacks enough mass to burn nuclear fuel and glow.

The new object is a member of the TW Hydrae family of stars and is located in the Crater constellation.

“We estimate it is one of the youngest and lowest-mass free-floating objects yet discovered in the solar neighborhood, which is within 300 light years,” said Dr. Adam Schneider, UT postdoctoral researcher in the Department of Physics and Astronomy and lead author of the new study to be published in The Astrophysical Journal. “This is not orbiting a star, so it is not a planet. It likely formed on its own in isolation like stars. We can use this to help us inform our understanding of chemistry and cloud structure of exoplanets, which are planets that orbit stars other than the sun.”

According to NASA, this discovery provides new clues in a mystery of galactic proportions regarding possibly billions of lonely worlds that sit quietly in the darkness of space without any companion planets or even a host sun. Where do the objects come from? Are they planets that were ejected from solar systems, or are they brown dwarfs? 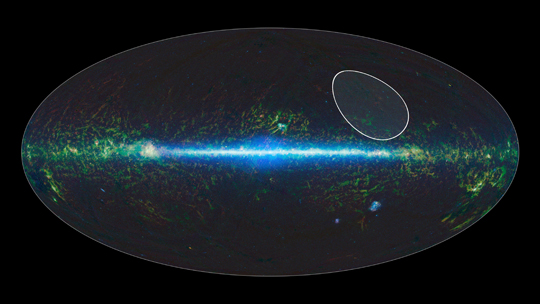 This map from NASA/Jet Propulsion Laboratory at the California Institute of Technology shows the location of the TW Hydrae family of stars where UT astronomers found the lone planetary-mass.

“We are at the beginning of what will become a hot field – trying to determine the nature of the free-floating population and how many are planets versus brown dwarfs,” said co-author Dr. Davy Kirkpatrick of NASA’s Infrared Processing and Analysis Center at the California Institute of Technology in Pasadena.

UT undergraduate student James Windsor, a sophomore studying astrophysics, is listed as one of the study’s co-authors.

“James played a vital role at the outset of the study by identifying WISEA 1147 from a candidate list of several thousand,” said Dr. Mike Cushing, associate professor of astronomy and director of UT’s Ritter Planetarium. “Exposing undergraduates to cutting-edge research plays an important role in their education, and I am happy that in this case it resulted in a pretty amazing discovery.” 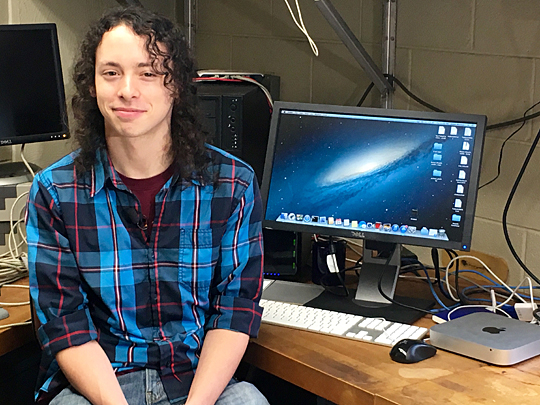 “To make the discovery and have a student be involved is just awesome,” Schneider said.

“The ability to do research like this as an undergraduate student is one reason I chose to attend UT,” Windsor said. “This whole experience is mind-blowing. I’m a kid who grew up in the village of Paulding, Ohio, dreaming of becoming an astronomer.”