Men’s Basketball Player to Hit the Hardwood Professionally in Belgium

The Euromillions Basketball League is the highest tier of professional basketball in Belgium. 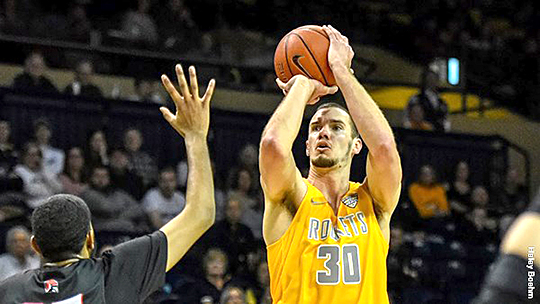 Luke Knapke has signed a contract to play professional basketball in Belgium.

“Playing professional basketball is something I’ve always dreamed of, and it feels really good to have the opportunity to make that a reality,” Knapke said. “I’ve heard great things about living in Belgium. It sounds like it would be a relatively easy transition for me.”

“I’m extremely happy for Luke to receive the chance to continue his playing career in Belgium,” Head Coach Tod Kowalczyk said. “I think his skill set will fit really well at the professional level. He’s one of the hardest workers we’ve had in our program and is someone who is very deserving of this opportunity.”

A 6-foot-11, 245-pound center, Knapke earned third-team All-Mid-American Conference honors. He ranked second on the team with 15.8 points per game and 8.2 rebounds per game, and topped the Rockets with a MAC-best 1.9 blocks per game. Knapke also paced Toledo with a 39.4 three-point field-goal percentage, ranked second on the team with a 77.1 free-throw percentage, and was the only player in the conference to rank in the top 10 in points, rebounds and blocked shots. He also set school records this past season for blocked shots in a game (10), season (61) and career (197).