The University of Toledo has hired former University of Utah Head Sprint Coach Jonas Persson as its head women’s swimming and diving coach.

“We are thrilled to welcome Jonas Persson as the head women’s swimming and diving coach at The University of Toledo,” UT Vice President and Athletic Director Mike O’Brien said. “Jonas has an outstanding background in the highest levels of swimming, both internationally and collegiately. I am excited to have someone with his experience and passion for the sport join the Rocket family.” 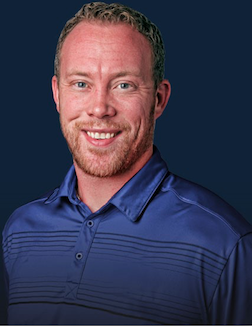 “I couldn’t be more excited to join the Toledo program,” Persson said. “Toledo has great potential and the Athletic Department is taking the right steps in order to be more competitive, both athletically and academically. While visiting campus, I knew right away that Toledo is a place where I can make a great impact. I’m looking forward to meeting the team and start recruiting right away. I want to express my appreciation to Mike O’Brien and [Senior Associate Athletic Director] Kelly Andrews for trusting me with this great opportunity.”

Persson worked specifically with the sprinters at Utah, and in the past five years he helped student-athletes break every men’s team record and 17 women’s team records, as well as assisting them set 55 top 10 all-time performances. He has coached seven swimmers to NCAA Championship appearances and 11 swimmers who ranked in the top 50 nationally.

Persson coached All-American Traycie Swartz to an 11th-place finish at the 2014 NCAA Championships in the 100 freestyle. Swartz was a three-time PAC-12 championship finalist and still holds the records in the women’s 50 and 100 freestyle and the 100 backstroke. Persson also had a hand in helping Utah earn its first Pac-12 Champion by recruiting Bence Kiraly, who won the 1,650 freestyle in 2014.

A native of Sweden, Persson has competed at the highest levels of international swimming, including the 2008 Olympics in Beijing, where he was a member of his native country’s fifth-place 4×100 free relay team, finished 11th in the 4×100 medley relay, and 13th in the 100 freestyle. Persson was a part of the European champion 4×100 free relay in 2008 and the bronze medalist squad in 2010. He also was a finalist at the 2005 World Championships in the 4×100 free relay. He remains a Swedish record-holder and the No. 2 sprint freestyler in the history of Sweden. He won 16 Swedish national championships.

During his collegiate career, Persson set seven school records at the University of Tennessee, where he was a 13-time All-American and team captain for the Volunteers.

In the classroom, Persson obtained a master of business administration, master of science in sports studies and a bachelor of business administration from Tennessee. He served as a graduate assistant under Head Coach John Trembley, the 2011 Southeastern Conference Coach of the Year. Persson was an Academic All-American and SEC Academic Honor Roll selection in 2007 and 2008. Persson helped expand Tennessee’s international recruiting network by communicating with student-athletes, coaches and parents in 16 different countries.