After a nine-year hiatus — and a weather delay last week — American astronauts have flown to the International Space Station (ISS) from U.S. soil at NASA’s Kennedy Space Center in Cape Canaveral, Fla., instead of using seats aboard Russian spacecraft.

Scientists at The University of Toledo who are based at NASA Glenn Research Center in Cleveland played a critical role in the historic SpaceX Demo-2 mission, which was successfully completed Sunday.

A team of engineers from NASA, UToledo, the University of Akron, Vantage Partners, Parker Hannifin and the Ohio Aerospace Institute developed and tested the main docking seal that secures the connection between the spacecraft and ISS. The seal prevents breathable air from escaping from the spacecraft, allowing astronauts and cargo to safely transition to the orbiting laboratory. 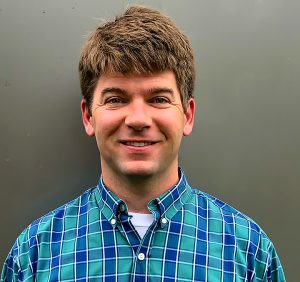 “Anything that’s going to space is a major endeavor. There are extreme temperatures, tight tolerances, and a huge amount of testing to ensure everything works properly. That’s even more important when there are astronauts on board. It really adds another level of stringency,” said Shawn Taylor, a senior research associate in UToledo’s Mechanical, Industrial and Manufacturing Engineering Department.

The seal is an important part of the NASA Docking System, making it International Docking System Standard compliant to enable different spacecraft to dock to the space station. SpaceX developed its own unique docking system for Crew Dragon, but decided to use several components from the NASA Docking system, including the seal, to remain compliant.

Taylor was part of the team that worked to develop, perfect and test the craft’s main docking seal, working their way from simulations to full-scale testing of the seal to ensure it would properly attach and detach.

So rigorous were the requirements for testing how much air would leak through the seal that researchers had to come up with a whole new testing method. To help visualize just how tight a seal is needed, over the course of a day, no more air could escape than what would approximately fill something the size of a regulation softball, Taylor said.

On Sunday, Taylor watched the launch and docking from his parents’ home alongside his wife and their 6-year-old son and 3-year-old daughter. 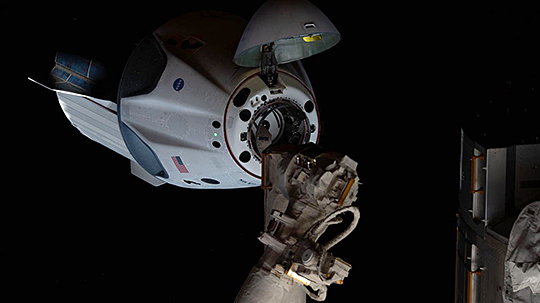 Astronauts Doug Hurley and Bob Behnken of NASA’s Commercial Crew Program were aboard the SpaceX Crew Dragon as it approached the International Space Station. The Crew Dragon’s nose cone is open revealing the spacecraft’s docking mechanism that would connect to the Harmony module’s forward International Docking Adapter.

“It was somewhat surreal because I vividly remember sitting in the same living room when I was his age, watching the Space Shuttle launch,” he said. “As we watched the countdown and launch of the Crew Dragon, I was excited, nervous and proud to share such a great moment for America with my family.”

This mission was even more special for Taylor, knowing that he had contributed to the technology that enabled American astronauts to go back to the International Space Station from American soil.

“The docking on Sunday was especially memorable, as I could clearly see our team’s seal on the Crew Dragon vehicle as it approached the ISS,” he said. “This launch represents an exciting start to a new era in American exploration that will hopefully inspire new generations of scientists and engineers that will work to make our world a better place for all.”

The Crew Dragon is part of NASA’s Commercial Crew Program, a public-private partnership in which the agency contracted with SpaceX and Boeing to provide safe, reliable and cost-effective access to and from the International Space Station and foster commercial access to other potential low-Earth orbit destinations.

“To think a part of our work is flying on that vehicle that’s going to enable a U.S. astronaut to fly from Florida and be able to make our space program be self-sufficient again — that’s huge,” Taylor said. “It’s really fun to see people be excited about space spaceflight and science.”