A Showtime documentary series featuring interviews with Dr. Kamala London, a developmental psychologist at The University of Toledo, is a nominee for the national Sports Emmy Awards, which is taking place this evening in a live streamed ceremony.

The five-part series, called “Outcry,” follows the case of Greg Kelley, a high school football star in Texas who was wrongfully convicted in 2014 of sexually assaulting a 4-year-old boy based largely on the testimony of the boy and one of his young friends.

Kelley has since been exonerated.

London, a psychology professor who specializes in forensic developmental psychology, memory and factors that can influence children to make false reports, said the case highlights how even well-meaning investigators can create incorrect narratives from young children by not following evidence-based interview procedures. 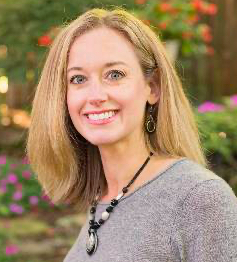 “It’s a prolific problem that we have in this country that some investigators who interact with children are not fully aware of the dangers of giving kids leading questions during these exchanges,” she said. “I think most allegations are true and valid but if we don’t handle these interviews properly, children can be swayed into making false accusations.”

London — who was not involved in the criminal investigation or trial but has extensively reviewed interview recordings and case documents — said investigators in the Kelley case were either unaware of or ignored 30 years’ worth of research that provides guidance on how to get accurate interviews from children.

“The Greg Kelley case was about the worst interviewing I’ve seen in the last 20 years,” she said. “It’s upsetting when you see a person get falsely convicted and have his life ripped away. When these interviews are not done properly, it doesn’t do anybody any justice whatsoever. It doesn’t do the children justice and it doesn’t do the falsely accused justice.”

Kelley maintained his innocence throughout, rejecting a plea deal that would have kept him out of prison. Found guilty and sentenced to 25 years without the possibility of parole, Kelley was released from prison in 2017 pending appeal and fully exonerated in 2019.

London’s research focuses largely on child abuse and child sexual abuse cases. Her research has been cited in multiple cases before the United States Supreme Court.

In the Kelley case and others like it, London said it’s critical that investigators allow children to speak in their own voice.

“What we’ve learned over the past 30 years is if children provide the report in their own words, even 4-year-olds can give accurate testimony about things that have happened to them. When a case is mishandled, it’s not the child’s fault — it’s the investigator’s.”

“Outcry” debuted in July. The docuseries is nominated in the category of outstanding serialized sports documentary.