Dr. Sharon L. Gaber, president of The University of Toledo, has named Dr. Dana Hollie to serve in the position of Faculty Athletics Representative. 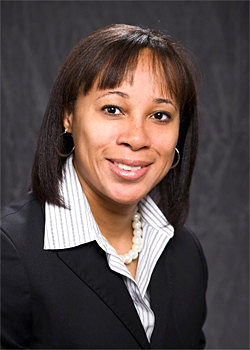 “Dr. Hollie’s academic background, integrity and knowledge of the University make her an ideal choice to serve as our Faculty Athletics Representative. The University will be well-served by her leadership in collaboration with Athletic Director Mike O’Brien, coaches, academic advisers and student-athletes,” Gaber said. “I’d also like to recognize Dr. Powers for her service in this role and the impact she has had on the University as an alumna and dedicated faculty member.”

Hollie is an associate professor of accounting in the College of Business and Innovation, and holds the Alan H. and Karen A. Barry Endowed Professor of Accounting Chair in the college. Hollie earned her bachelor’s degree in accounting from the Rochester Institute of Technology, and later earned a master of business administration from George Mason, a master of science in business administration from Washington University in St. Louis, and a Ph.D. in accounting from Washington University. She served as a visiting academic scholar with the U.S. Securities and Exchange Commission for the 2019-20 academic year.

UToledo student-athletes have an impressive history of academic accomplishment. The Rockets have earned a collective semester GPA of 3.3 or higher in each of the past three semesters, including a record 3.527 GPA this past spring. Toledo also has been the recipient of the Mid-American Conference Institutional Academic Achievement Award in six of the past nine years. That award is presented annually to the conference institution that achieves the highest overall institutional GPA for student-athletes for the academic year.

“The academic success our student-athletes have earned demonstrates our commitment to ensuring their excellence in the classroom,” O’Brien said. “The Faculty Athletics Representative is an important part of maintaining that culture, and Dana’s experience and leadership will only make our team stronger. I would also like to personally thank Mary Powers for her outstanding service and commitment to our athletic program and our student-athletes these past five years.”