Former swimmer Emma Sampson has been named the University of Toledo’s nominee for the 2021 NCAA Woman of the Year Award.

Sampson is a three-time Academic All-MAC selection and served as president of the Student-Athlete Advisory Committee for the 2020-21 academic year, after serving as vice president the year before. She also was a member of the MAC’s Council of Student-Athletes and was selected to represent the league at the 2020 NCAA Student-Athlete Leadership Forum. 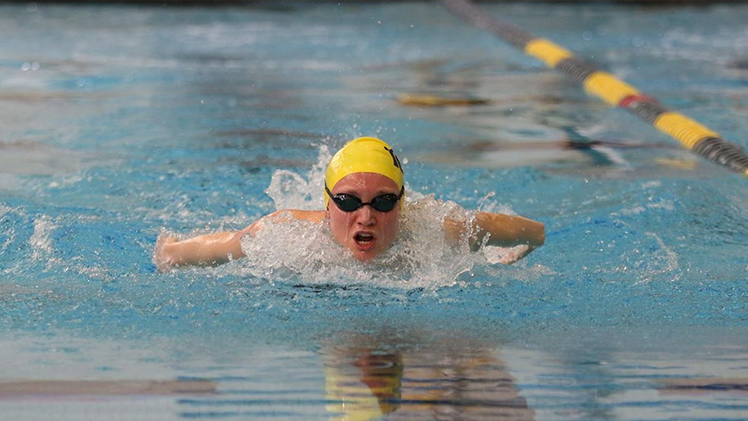 Former UToledo swimmer Emma Sampson is a three-time Academic All-MAC selection and served as the 2020-21 president of the Student-Athlete Advisory Committee.

Sampson competed at MAC Championships in all four years as a swimmer at Toledo, and this past season she was among the fastest on the team in the 100 breaststroke (1:08.34), 200 breaststroke (2:31.92) and 200 IM (2:11.17). She graduated in May with a bachelor’s degree in mechanical engineering, finishing her collegiate career with a cumulative GPA of 3.879.

From those 30 honorees, the selection committee then determines the three finalists in each division for a total of nine finalists, and the Committee on Women’s Athletics will select the 2021 NCAA Woman of the Year from those nine finalists.

At an Oct. 17 award ceremony in Indianapolis, the Top 30 honorees will be celebrated, and the 2021 NCAA Woman of the Year will be named.

Established in 1991, the NCAA Woman of the Year award honors graduating female college athletes who have exhausted their eligibility and distinguished themselves in academics, athletics, service and leadership throughout their collegiate careers.