Toledo is tied with Bowling Green for the second-longest streak in the nation for earning the academic honor, two years behind Indiana State. 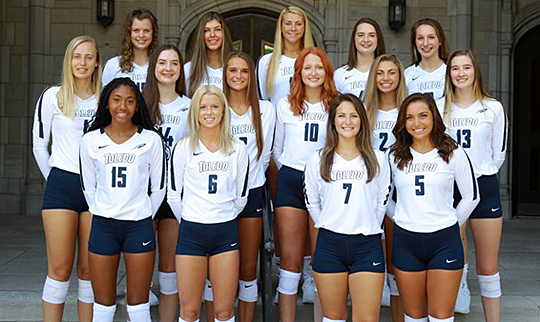 The award, which was initiated by the American Volleyball Coaches Association in the 1992-93 academic year, honors collegiate and high school volleyball teams that displayed excellence in the classroom during the school year by maintaining at least a 3.30 cumulative team grade-point average on a 4.0 scale.

Overall, the association announced that a record-breaking 1,313 teams earned the academic honor in 2019-20, topping last year’s record by almost 200 teams.

The American Volleyball Coaches Association Team Academic Award, celebrating its 27th year, is the single largest award offered by quantity of schools, players and coaches honors. Since the 2000-01 season, the number of recipients has increased every year but two.