Dentist Reappointed to Board of Trustees

Dr. Eleanore Awadalla has been reappointed to The University of Toledo Board of Trustees to continue serving the University for another nine years.

Awadalla, who leads Awadalla Dental, was named by Ohio Gov. Mike DeWine to a term beginning July 15 and ending July 1, 2031. 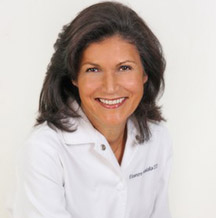 She has served several years as a trustee having been appointed in 2019 to complete the remaining years of the term of Steve Cavanaugh after his resignation. That term went through July 1, 2022.

“I am honored to be reappointed to The University of Toledo Board of Trustees and will continue to serve to the best of my ability to support the University and the Rocket community,” Awadalla said.

She served two terms on the Ohio State Dental Board appointed by Gov. George Voinovich in 1994 for a five-year term and reappointed by Gov. Bob Taft in 1999 to serve another five years. During her tenure on the Dental Board, in which she served as president and secretary, she advocated for public protection and became interested in dental licensure limitations in the state of Ohio.

Awadalla went on to serve two organizations that have changed the landscape of dental licensure. She became an active member of the Commission on Dental Competency Assessments, an agency that conducts clinical examinations now accepted in 48 jurisdictions. That association then led her to a district representative position with the American Board of Dental Examiners, ADEX, representing Ohio, Michigan, Illinois and Indiana.

She is a graduate of McGill University and The Ohio State University College of Dentistry and received one year of training in anesthesia at Case Western Reserve Hospitals.