The University of Toledo Vice President for Intercollegiate Athletics and Athletic Director Bryan B. Blair announced the hiring of Al Tomlinson on Monday as the Rockets’ Deputy Athletic Director/External.

Tomlinson will oversee all external operations for the department, including development, premium seating, ticket sales and service, digital/social media, communications, merchandising and marketing and sales and fan experience. Additionally, he will be the department’s liaison with Learfield and the Aspire Group, while serving select programs as a sport administrator. 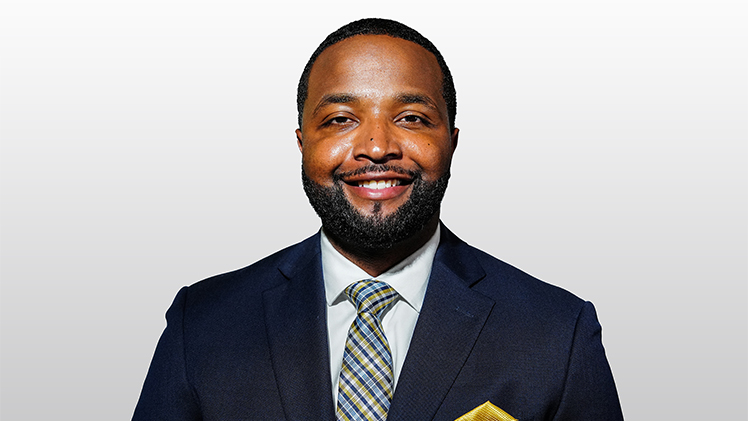 “We are thrilled to welcome Al, Donique and their son, Amerson, to the Rocket family,” Blair said. “Al is an Ohio native, a former MAC student-athlete and a nationally respected leader in collegiate athletics. His experience, leadership and vision will be key components to our incredibly bright future. We look forward to Al positively impacting our student-athletes, coaches, campus and community in this important leadership role. Finally, I want to extend a special thank you to outgoing Deputy AD Dave Nottke, Associate AD Tony Belt and Executive Assistant Rebecca Lugo for their tireless work during this intensive search process.”

Tomlinson comes to Toledo after stops at the University of Texas and University of Dayton. At Texas, he currently serves as the associate athletic director for development, overseeing all fundraising activities within the Longhorn Foundation. He co-led the strategy and execution of a $750 million athletics fundraising campaign and worked directly with the ticket sales and annual fund teams on premium seating sales strategy and its implementation for football and basketball, including for the $125 million South End Zone facility renovation.

Tomlinson also is a part of the Longhorns’ transition to the Southeastern Conference (SEC), serving on the planning leadership committee with direct oversight of the SEC Development Committee. During his time with the Longhorns, he was promoted on four separate occasions after being hired as the assistant director of development in 2015.

Tomlinson is a respected leader in Texas’ athletics department and has played a key role in their success. In recent years, the Longhorns have won back-to-back Learfield Director’s Cups, awarded to the nation’s top performing program across all sports; exceeded $100 million in fundraising for three consecutive years; and won back-to-back NACMA Marketing Team of the Year awards.

“I would like to thank Bryan Blair, and everyone who participated in the search process, for this opportunity to serve the student-athletes and coaches at The University of Toledo,” Tomlinson said. “Toledo is recognized as one of the best Group of Five athletic departments in the country, and I am excited to join the team to help lead us to even higher levels of success in the classroom and in competition. My family is ecstatic to be back home in Ohio and eager to become active members of the University and Toledo community.

“I especially want to thank Dave Nottke for his helpful insight throughout this process. His commitment to Toledo Athletics has been a key piece of the department’s success over the last three decades and I look forward to building on his legacy of success and service.”

Nottke, who is retiring after 33 years at Toledo and served on the search committee, said he is confident that Tomlinson will provide the Rockets with tremendous leadership in fundraising and external operations.

“Al will be a great fit for Rocket Athletics,” Nottke said. “His background in fundraising and leadership at Texas and Dayton will be very beneficial to our program here at Toledo. I know our fans and supporters will enjoy working with him and welcome him to the Rocket Family.”

Prior to his time in Austin, Tomlinson spent five years (2010-15) as the University of Dayton’s assistant director of corporate development and licensing, managing a revenue portfolio of more than $2.2 million in total corporate partnerships, serving as the primary liaison with key corporate sponsors and facilitating the execution of sponsorship agreements and business development, premium seating clients and university donors. He also planned and implemented marketing and ticket sales strategies for football, soccer and baseball that resulted in a double-digit percentage increase in attendance in each sport.

A Dayton, native, Tomlinson graduated from Bowling Green State University in 2010 with a degree in sport management. He played cornerback for the Falcons from 2006-08, earning a letter in 2007. Tomlinson earned his master’s degree in business administration from Dayton in 2014.

Tomlinson and his wife, Donique, also a Dayton native, are the parents of a 1-year-old son, Amerson.