Kurt Kless has been named the new chief nursing officer for The University of Toledo Medical Center. He is scheduled to begin Aug. 30.

Kless joins UTMC from Wellstar Atlanta Medical Center in Atlanta, where he most recently served as the interim chief nursing officer and assistant vice president of nursing and professional practice. 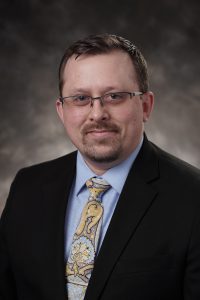 In that role, he was responsible for the nursing practice at two hospitals — a 480-bed Level 1 trauma center in downtown Atlanta and a 200-bed community hospital in the city’s southern suburbs.

“Kurt brings to UTMC a valuable combination of clinical skills and leadership experience,” said Rick Swaine, chief executive officer of UTMC. “We are excited to have him join our team as we continue to invest in and strengthen our hospital for the future.”

“Coming back home to Ohio was a long-standing goal for my family. Having lived outside of the state, I have developed a new appreciation for what an amazing community exists in the Toledo area,” Kless said. “I’m looking forward to joining a medical center that is committed to excellence and I can’t wait to help UTMC move nursing forward.”