Leadership Transition to Begin for Office of Diversity and Inclusion

The University of Toledo plans to conduct a national search to replace Dr. Willie McKether, vice president of diversity and inclusion and vice provost, who was appointed chancellor for Thomas Jefferson University’s East Falls Campus in Philadelphia.

McKether, who made history as the first person to serve in the UToledo position that was created in 2016 to strengthen campus culture, begins his new role Sept. 27. 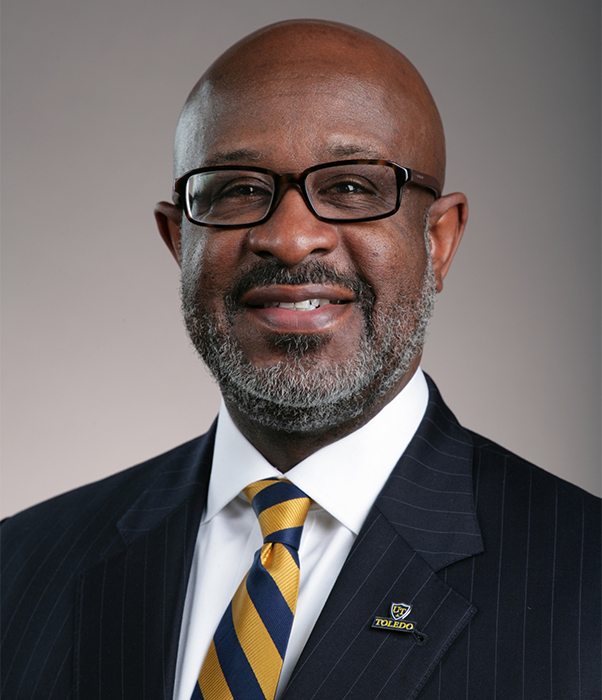 “The University is grateful for the tremendous work led by Dr. McKether to eliminate racism and move our community forward together,” UToledo President Gregory Postel said. “This is a critical position that champions us to fulfill our mission to improve the human condition for all by embracing what makes each of us unique.”

“I’ve had an amazing journey at The University of Toledo and am grateful for the many opportunities I’ve been provided, including moving into this senior leadership role,” McKether said. “While there is more work to be done in the areas of diversity, equity and inclusion, I am proud of the body of work we have completed over the past five years. I am appreciative of the ways in which our campus community embraced this work and for taking on this important work and, at times, challenging issues.”

After the death of George Floyd last summer and through the guilty verdict in the Derek Chauvin trial this spring, McKether facilitated a series of 15 Dialogues on Diversity between students, employees and the public to identify and confront systemic racism fueled by racial injustice and police brutality, and to advocate for change.

As vice president of diversity and inclusion, McKether developed the University’s first strategic diversity plan, which focused on leadership and accountability, education and awareness, recruitment and retention of underrepresented minority students, and community engagement.

The Office of Diversity and Inclusion has since grown to include an office on Health Science Campus as well as diversity plans, committees and leaders in all colleges.

Last year UToledo installed the Inclusive Wall of Honor in University Hall to honor and highlight the contributions underrepresented minorities, individuals with disabilities and members of the LGBTQA+ community have made as faculty, staff, administrators and alumni.

The University also is launching a Center for Racial Equity and Black Student Excellence to foster a campus culture in which students feel valued, supported and equipped to reach their full potential.

Prior to leading diversity initiatives, McKether served as associate dean in UToledo’s College of Languages, Literature and Social Sciences (now the College of Arts and Letters) and was an associate professor of anthropology in the Department of Sociology and Anthropology.

He is a founding member of the organization Brothers on the Rise, a retention and mentoring organization at UToledo, and an advisor to the Black Student Union. He is co-founder of the Multicultural Emerging Scholars Program.

“Having come here as an assistant professor and now leaving as a vice president and vice provost is a testament to the opportunities possible at the University,” McKether said. “I hope I have made the University a better place to study, work, live and heal than when I arrived in 2006.

“As amazing as my journey has been at The University of Toledo, I have a great opportunity at Thomas Jefferson University to lead a campus. This is an important career milestone for me.”

An interim leader for the Office of Diversity and Inclusion will be selected in the coming weeks and a national search will begin in early fall.