Nursing Student Tapped to Serve on UToledo Board of Trustees

Helping others is in Anthony Gennings’ DNA. He is pursuing a degree in nursing at The University of Toledo — and assisting many on campus along the way.

The ultra-busy senior has added another responsibility to his list: He has been appointed to the University’s Board of Trustees. 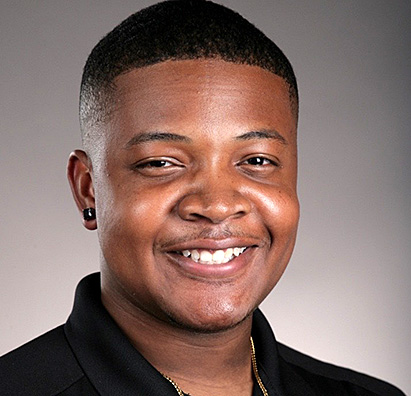 “I wanted to be a student trustee because I love to advocate for students,” Gennings said. “There have been plenty of issues that arose over the past few months and years that I believe should be brought to institutional attention. Also, I want to be able to impact future UToledo students positively.”

He has been making a difference since arriving on campus in 2017. Gennings joined the Black Student Union, receiving its Upcoming Leader Award one year later, and participated in the Freshman Leadership Program, where he now serves as a mentor for first-year students.

“When I came to The University of Toledo, I felt that there is plenty of room to thrive,” he said.

And he’s been thriving.

Since 2018, he has worked in the Office of Residence Life to help students transition to new living and learning environments. He is a resident advisor for the Health Professions Living Learning Community in Presidents Hall, and this summer served as a resident advisor in Ottawa House West for the football team.

“The experience as a peer mentor has been amazing,” he said. “I impact the underserved student populations on-campus — students who are first-generation, low-income, military-connected, and those with disabilities. I help develop and maintain relationships with and aid and support for first- and second-year students, focusing on a smooth transition, acclimation, and a sense of belonging.”

“Anthony is a fantastic person, student and leader; his compassion and empathy serve him well when relating to others,” Kenny Brown, advisor with TRIO Student Support Services, said. “Anthony has that ‘it’ factor and a drive that fuels him to accomplish anything. He possesses the intangibles needed to lead and learn in all of his endeavors.”

Gennings also is president of the Student African American Brotherhood, an organization with 120 members.

“The importance of this group is significant because it provides a safe space where Black males can build community, embrace their culture, and have a sense of belonging,” he said. “I want members to know they have a support system and family that is composed of African American male peers and faculty and staff.”

And Gennings was selected last year to attend the Klar Leadership Academy.

“Klar has helped me gain confidence, build relationships, and, most importantly, become comfortable with being uncomfortable,” he said.

His passion for becoming a nurse began while attending middle school in Cincinnati and continued after his family moved to Amelia, Ohio.

His mother, Eldra Gennings, said her son was very involved in her treatment. “He was always asking questions, asking about outcomes and the liklihood of the cancer returning,” she said. “He has always been a helpful soul. His passion for learning and reaching new heights blows me away.”

The COVID-19 outbreak has increased that desire to help.

“The pandemic has changed the way I view the profession. It has motivated me more to help vulnerable populations and facilities that are in need nationally,” Gennings said. “I am ready to graduate and help and impact lives.”