The dean of the College of Arts and Letters has been selected to lead the Office of Diversity and Inclusion on an interim basis while a national search is conducted for the next vice president.

Gilbert has served as dean of the College of Arts and Letters since 2017 when she returned to UToledo after spending three years as dean of Ohio State University at Lima. Gilbert had previously served seven years at UToledo as professor and chair of the Department of Women’s and Gender Studies, founding director of the School of Interdisciplinary Studies and director of the Catharine S. Eberly Center for Women.

“I appreciate Dr. Gilbert accepting this additional responsibility during this time of transition to support the important equity and inclusion initiatives on our campuses,” UToledo President Gregory Postel said. “We have made progress in our efforts to support underrepresented minority students and promote a culture of inclusion and respect on our campuses, but there is much more work to be done. We cannot lose momentum.” 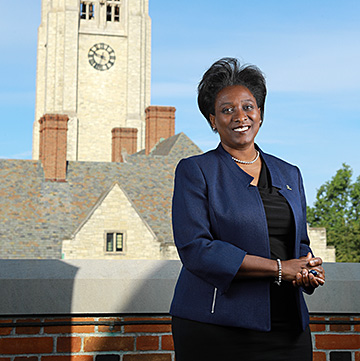 Postel also recognized Malaika Bell for taking on additional responsibilities to serve as interim executive director for diversity and inclusion.

“Throughout my career I have been an advocate to improve the lives of women and people of color and I thank President Postel for his trust in me to contribute my experience and passion to leading the University’s diversity and inclusion efforts during this transition,” Gilbert said. “We know that important issues like identifying and addressing systemic racism and advancing equity and social justice cannot be the responsibility of just one person, but having this leadership role on our campus is critical in bringing all of the right people to the table to create the change we need.”

Dr. Willie McKether, who was the first person to serve as the University’s vice president for diversity and inclusion when the position was created in 2016, was appointed chancellor for Thomas Jefferson University’s East Falls Campus in Philadelphia. He begins his new role Sept. 27 and his last day at UToledo is Aug. 27.

Since its creation five years ago, the Office of Diversity and Inclusion has been instrumental in supporting the University’s progress in improving the retention and graduation rates of underrepresented minority students, increasing the diversity of faculty and staff, establishing diversity committees and leaders in colleges across UToledo, and creating programming such as the Dialogues on Diversity series to address current issues and promote inclusion on campus.