Discrimination, marginalization, exclusion, non-promotion — these are some of the issues faced by the character Dr. Darrell Thomas, an African-American professor, when he joins the faculty at the fictitious Southwest Achval University.

In the new book, “Black Professor, White University,” Dr. Sakui W.G. Malakpa illuminates the racism that exists in the world of academia. 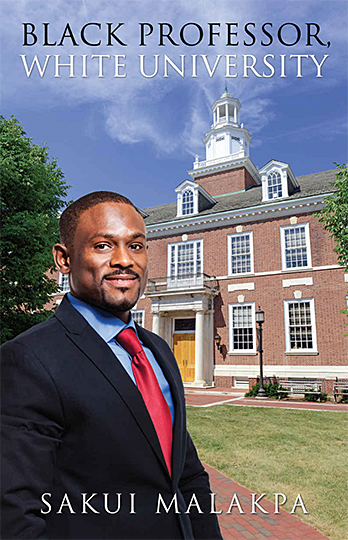 “I aspired to bring to the reader’s attention the fact that students, staff, professors and administrators of color in higher education face daunting challenges, especially in predominantly white institutions,” the professor of special education in The University of Toledo Judith Herb College of Education said. “The work also covers issues of sexism, historical facts and concepts such as critical race theory and white privilege.”

Malakpa published the 298-page book in May through Mill City Press Inc. in Maitland, Fla. “Black Professor, White University” is available through Amazon in print and on Kindle.

The main characters in the book are Dr. Darrell Thomas and his wife, Vanessa, who join Southwest Achval University to teach economics and African-American history, respectively. Both struggle to fit in at the predominantly white school. From renting an apartment for their family to unfair teaching ratings, they encounter discrimination. Undaunted, they persevere and work hard for promotions and tenure.

“While attending professional conferences, professors and administrators of color often informally discussed their experiences in their respective institutions. The differences but mainly similarities of those experiences intrigued me,” Malakpa said. “Likewise, I know people of all races who work in varied institutions of higher education. Talking with them informally also gave me food for thought.”

He added, “Hearing other people’s experiences is reassuring in that one does not feel alone.” 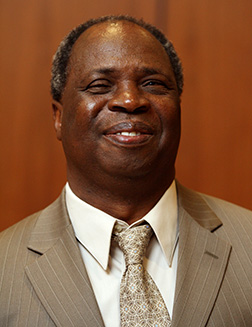 Making more aware of those experiences has never been more important.

“As a number of readers already have told me, ‘Black Professor, White University’ comes at the right time as the world reverberates with clamors of Black Lives Matter,” Malakpa said. “In an entertaining yet educative manner, readers will learn that issues of marginalization, discrimination, non-promotion and the like exist in higher education institutions, which ought to be a part of the solution, not the problem. The work underscores this point repeatedly despite the existence of positions — director for diversity, etc. — and centers for people of color in higher education institutions — like a center for diversity.”

“As a professor of color and one who is blind, there’s no doubting of the fact that, after more than three decades, I have had my own experiences and challenges,” Malakpa said. “However, ‘Black Professor, White University’ is based less on my experiences and more on materials from the literature and the experiences of other professors of color. This is why I am currently writing a nonfictional work on the same topic.”

His own story is a page-turner.

Born in Wozi, Liberia, Malakpa lost his sight when he was a teenager; he contracted onchocerciasis or river blindness from parasites transmitted by black flies. He studied at the School for the Blind and then enrolled in Albert Academy in Freetown, Sierra Leone. He headed to the United States to continue his education at Florida State University, where he received a bachelor’s degree in three years and a master’s degree in one year. Malakpa then earned a second master’s degree and a doctorate in education from Harvard University.

In 1986, he came to The University of Toledo as an assistant professor of special education. Malakpa was promoted to associate professor in 1990 and professor in 1998. Along the way, he earned a juris doctor from the UToledo College of Law while conducting research on special education and international studies, and teaching undergraduate- and graduate-level courses.

“In general, Toledo has been a great place to live for more than three decades, but the best part of my work is the students. They give me not only reason, but also joy, enthusiasm and vitality to go to the University,” Malakpa said. “I enjoy working with students. Evidently, they enjoy working with me, too, as I have been voted both outstanding adviser and teacher; very few professors at the University have won both awards, and for that, I thank my students with all my heart.”