Members of the UToledo chapter received: 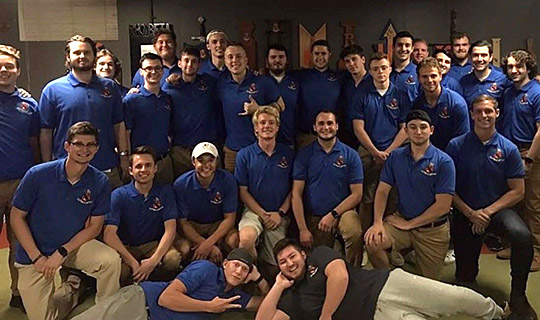 • The Leo T. Wolford Award for Outstanding Campus Involvement; and

The men of the Pi Alpha Chapter of Kappa Delta Rho fraternity also were honored with the Robert D. Corrie Chapter of the Year Award. This honor is given to the chapter that demonstrates the five fraternity values: fellowship, leadership, scholarship, service and tradition.

Individual members of the chapter also were recognized at the national level. Avery Charles was the recipient of the Outstanding New Member Award, and Alumni Advisor Rick Longenecker was honored with the Outstanding Chapter Advisor Award.

“The Greek community is incredibly proud of the achievements that the men of Kappa Delta Rho have made here on our campus, and we look forward to seeing them continue to progress and showcase the positive aspects of fraternity membership,” Alex Zernechel, UToledo assistant director for Greek life, said.