The message that inspired a $1 million gift benefiting students in The University of Toledo’s College of Law is simple — we can all do more.

As Ottawa Hills natives Pete and Amy Kadens considered ways to honor Pete’s parents, Michael and Judith Kadens, that idea kept returning to them. Michael Kadens is professor emeritus at Toledo Law who first joined the faculty in 1976, and the college played a key role in Pete Kadens’ upbringing — highlighted by an eye-opening experience at the age of 8. 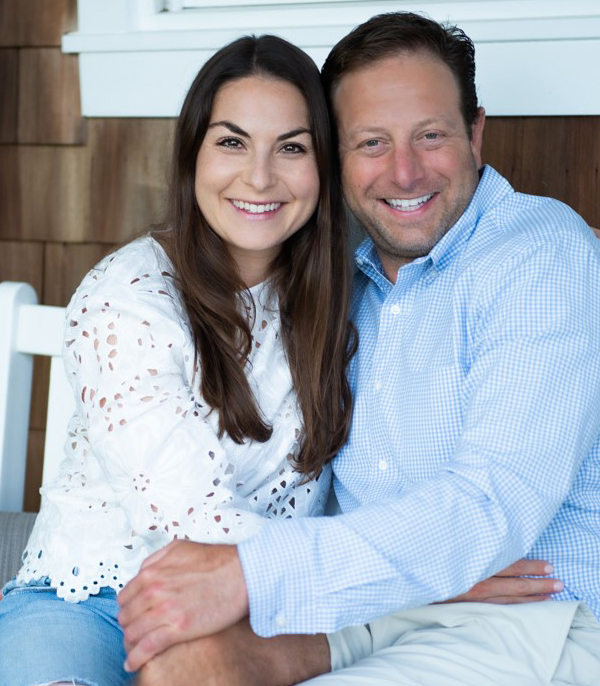 “In 1985, my father was granted a six-month academic sabbatical that changed me forever,” Kadens said. “While my father did his research, our family traveled to several countries and I went to school abroad as well. I saw the world through such a unique lens after that journey.”

The trip provided Kadens with a firsthand education in poverty, varying political systems and other aspects of the world outside of Ohio. This experience complemented his life on campus, where his family had season tickets to men’s basketball games and Kadens could be found playing in College of Law softball games or attending moot court competitions.

His father’s perspective was likewise honed and shaped by his career as an educator.

“I’ve always been aware of the contrast between my good fortune and the gross inequities endured by so many people,” said Michael Kadens. “The study of law is a fascinating and diverse matter, affording opportunities to develop the mind and nourish even the most insatiable curiosity. This gift is explicitly intended to level the playing field, enhancing students’ opportunities to flourish, achieve their dreams and realize their true potential.”

Kadens’ pledge of $1 million establishes the Michael and Judith Kadens Scholarship for Diversity in Legal Practice Fund, which will advance social, economic and cultural diversity at UToledo. The fund will focus on first-generation students in financial need with a preference for graduates of Toledo-area high schools.

“On behalf of everyone at the University, we’re deeply grateful to the Kadens family for their generosity and service,” UToledo President Gregory Postel said. “While deserving students will receive immediate aid thanks to this gift, it reflects a clear investment in the spirit and vitality of our entire region.” 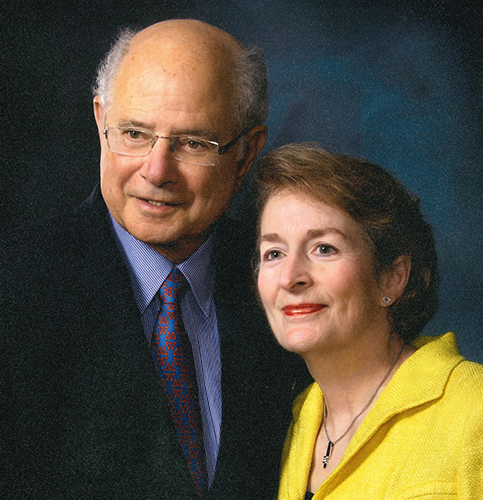 The first recipients of scholarships awarded by the fund are VyJet Derden, Clif Porter and Maha Zeidan. All began their first semester of law school in fall 2021.

“We’re thrilled that Pete and Amy chose Toledo Law to honor Pete’s parents,” said D. Benjamin Barros, dean of UToledo’s College of Law. “The kind of support they have provided is an incredible resource for first-generation and other hardworking students. This donation will go a long way to make sure that the next generation of our graduates includes a broad range of students who will reflect and serve our community.”

Kadens, a graduate of Ottawa Hills High School, is quickly making a tangible impact in greater Toledo. In January 2020, he announced a pledge to graduating seniors at Scott High School that he would pay the costs of tuition, room and board and other fees of any student, and one parent or legal guardian, who wanted to attend a university or trade school.

That pledge, expected to cost roughly $3.5 million in total, is being facilitated by The Kadens Family Foundation, ProMedica and HOPE Toledo, a nonprofit organization promoting equitable access to quality education in northwest Ohio.

With this new gift, Kadens is focused on that original inspiration of each individual promoting the well-being of others.

“Everyone can sacrifice a little more for the greater good of our communities,” he said. “I hope our continued giving illustrates our love for the Toledo community, but also signals that others can and should follow our lead to provide opportunities to those who are prepared to take advantage.”