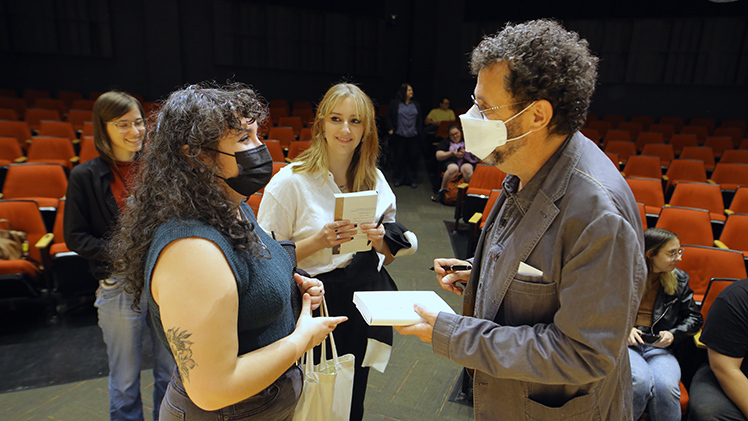 “I’m just so excited for this opportunity to listen to Tony Kushner speak,” Mayhew said. “It’s a once-in-a-lifetime opportunity. He is probably the single-most influential playwright of our generation right now. I just love everything that he’s done.”

Kushner said he appreciated the opportunity to meet and engage with the students in a more intimate setting.

“When you get asked to do one of these things, you come and get up on stage and talk to a roomful of people,” he said. “It’s always fun but it’s not necessarily informative in terms of where you are and what kind of people go to that school, so the chance to come to a smaller situation like this and sit and talk to the students directly is always the best part of this because it helps give me a sense of the school and the area and what the students are thinking and what they’re interested in. 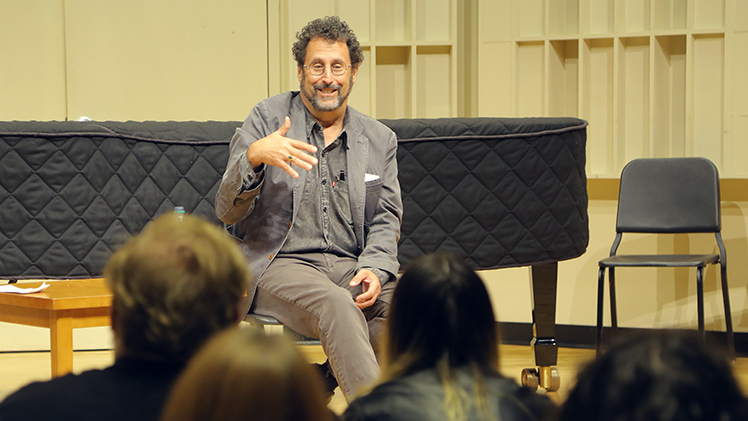 Kushner is best known for “Angels in America: A Gay Fantasia on National Themes,” his two-part epic about the HIV-AIDS epidemic in the late 1980s which received the Pulitzer Prize for Drama and Tony Awards for Best Play in 1993 and 1994.

He received an Emmy Award for his adaptation of “Angels in America” to an HBO miniseries directed by Mike Nichols and a pair of screenwriting Oscar nominations for the Steven Spielberg films “Munich” and “Lincoln.” In 2021, he wrote the screenplay to Spielberg’s critically acclaimed remake of “West Side Story.”