The Mid-American Conference announced on Friday that its 2020 football season will begin on Wednesday, Nov. 4. The league’s 12 schools will play a six-game schedule of league games that will culminate with the MAC Championship Game at Ford Field in Detroit on Friday, Dec. 18 or Saturday, Dec. 19.

The announcement followed a meeting of the MAC’s 12 presidents and Commissioner Dr. Jon Steinbrecher. A complete 2020 MAC Football schedule and other details with respect to the season will be announced at a later date, according to Steinbrecher.

“I am pleased to inform our student-athletes, coaches and fans, that the Mid-American Conference will resume the fall football season,” said Steinbrecher. “Our decisions, in August and again today, have been guided by an overriding concern for the well-being of the student-athletes, institutions and the community at large. Our medical advisory group, presidents, directors of athletics and others, have worked hard to develop a plan that provides the opportunity for student-athletes to compete. We will be diligent in monitoring the dynamic health environment across the conference footprint and the country.” 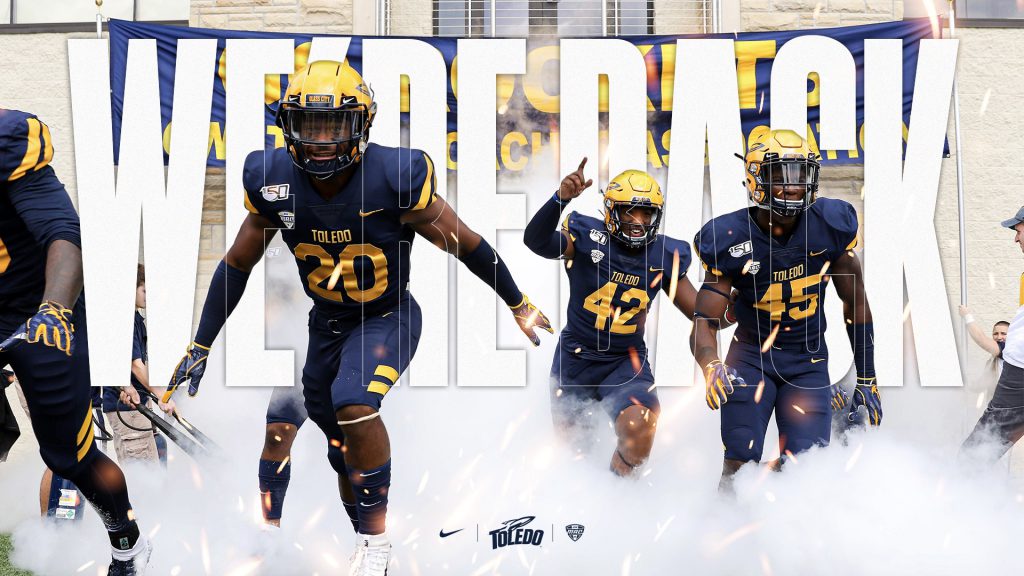 The conference will implement a COVID-19 testing program requiring four antigen tests per week with all positive tests needing confirmation with a polymerase chain reaction (PCR) test. Any student-athlete with a positive test will enter a cardiac screening protocol.

The MAC’s approved COVID-19 testing protocols, including four tests per week, will begin Monday, Oct. 5. The complete set of protocols will be released next week.

One of the primary changes that led to reconsideration was the availability of tests and timeliness of receiving test results across the conference, in addition to the changes and improvements of testing protocols. The MAC is establishing criteria relative to contest interruptions/cancelations, monitoring and reporting of test results as well as other COVID-19 regulations consistent with the NCAA resocialization guidelines. All football return to play is subject to national, state and local health guidelines.

“We’re pleased with the progress we’ve made with our Rocket Restart plan,” said UToledo Interim President Gregory Postel. “The health and safety of our entire campus community remain a top priority, and we believe we now have the appropriate precautionary measures in place to safely resume football.”

“We are very excited that our football program will be playing a fall schedule of games,” said UToledo Vice President and Athletic Director Mike O’Brien. “We are looking forward to the season with the expectation that we will be providing the safest possible environment in which our student-athletes will compete.”

No general public attendance or tailgating will be allowed at MAC football games. The participation of marching band, dance, cheer and spirit squads at football games will be guided by conference protocols at institutional discretion consistent with public health guidance.

All other fall sports, such as women’s volleyball, soccer and cross country, will be played next spring. Schedules for those sports will be announced at a later date.