Celebrating its 30th birthday this week, The University of Toledo’s Student Recreation Center is an almost indispensable part of student life.

But in the late 1980s, when TVs had turn dials and the internet was dial-up, university recreation centers were just becoming fixtures of campus life.

The idea of a multimillion-dollar state-of-the-art rec center on the UToledo campus faced some challenges, including raising student fees to fund it, said Jeff Cole, the student government president at the time, who helped push the student-led initiative through to completion. 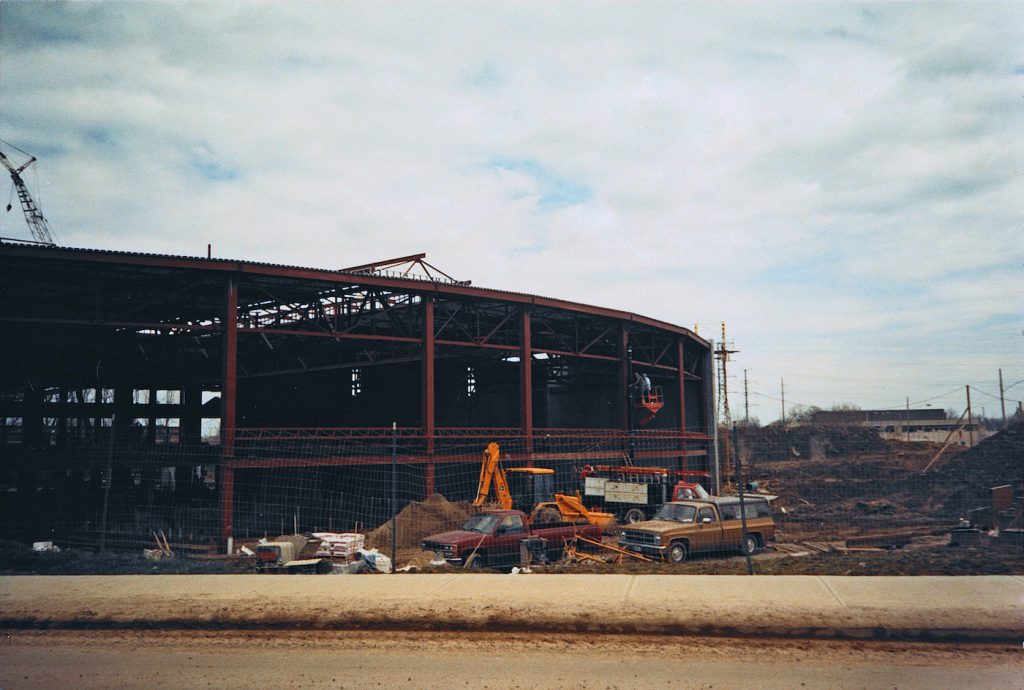 The University of Toledo’s Student Recreation Center begins to take shape during its construction phase on campus. The center officially opened on Oct. 15, 1990.

“We didn’t have the mechanisms to communicate with students that we do today. It was very much one-way communication and perhaps a misunderstanding that you don’t have today with social media and the feedback that comes with two-way communication.”

To help win over student support, Cole, along with then-Student Government Vice President Sue Adams, wrote an op-ed in The Collegian student newspaper explaining the advantages the rec center will bring to students, including a reference to the soon-to-be mandated change in the drinking age from 18 to 21, that “it will provide a place for students to socialize on the weekend.”

Their efforts — as well as those of others — worked.

Students approved the Rec Center as did the University’s Board of Trustees, which agreed not to raise student fees until the $17.25-million building opened.

“That really helped speed up the acceptance of the new facility,” Cole said.

Designed by St. Louis-based Hastings & Chivetta and Toledo’s Collaborative Inc., the 151,000-square-foot center would feature an Olympic-sized swimming pool and diving pools; an indoor track along with space for basketball and volleyball; racquetball courts, a weight room and locker facilities, and lounge space. It also would have an indoor waterslide, a novelty at the time for university recreational facilities.

“When it opened, it was a magnificent facility … and people were on board,” Cole said. 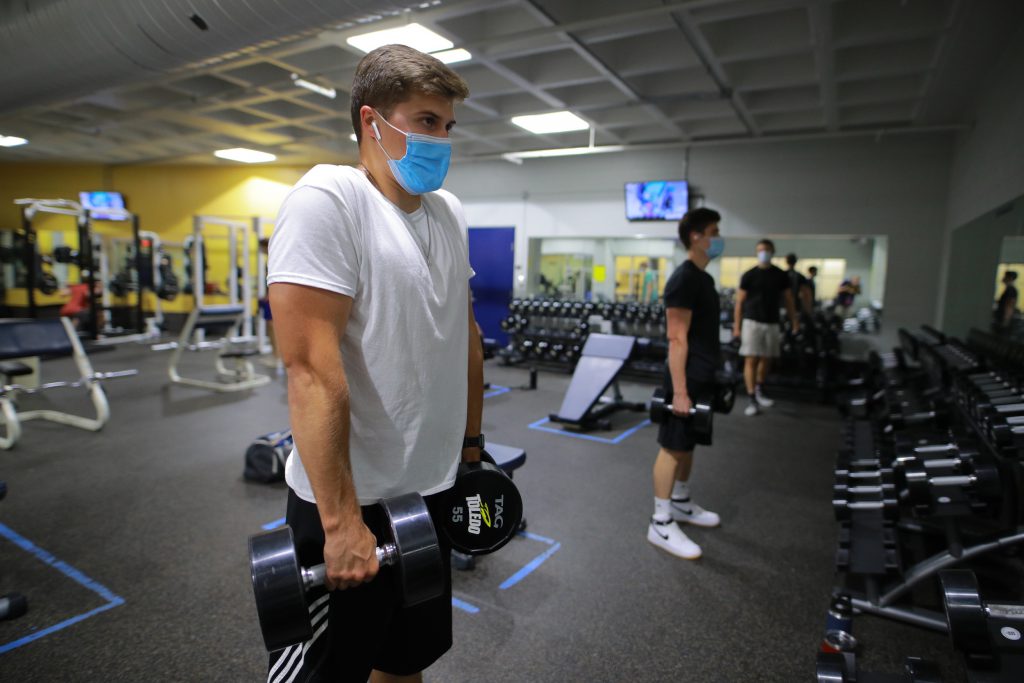 Dylan Swicegood, a senior in the College of Engineering, does dumbbell shrugs at the Rec Center. Approximately 2,000 students use the facility daily.

More than a decade since her retirement as Senior Director of Recreation, Pat Besner warmly recalls those winter nights she visited the facility shortly after it opened and seeing the buzz of activity.

“All kinds of people were doing all kinds of things,” she said. “It made me feel good to know that we provided this venue and a legacy.”

In 1996 the National Intramural-Recreational Sports Association recognized the Rec Center as one of its 13 “Outstanding Sports Facilities.”

Today approximately 2,000 students use the facility daily and more than 150 students work at the Rec Center, making it one of the largest student employers on campus, said Demond Pryor, director of the Office of Recreation Services.

Three decades later, the Rec Center is still an impressive campus asset, Pryor said, and work continues to improve and update the facility to meet the needs of today’s students.

Since Pryor’s UToledo arrival in 2014, he estimated that $10  million has been invested in the Rec Center. This includes new carpet, a more prominent UToledo blue-and-gold color scheme, updated fitness equipment, and rescheduling intramural activities from weekends to Mondays through Thursdays to better accommodate student schedules.

“Recreational centers are venues that help provide for the health and well-being of students, including their emotional and spiritual health, as sometimes their financial well-being,” Pryor said. “This is what we want students to have: A place to go where they can physically exercise with friends or can engage with other students.”

In celebration of the Student Recreation Center’s 30th birthday, an open house for students and alumni is scheduled from 11:30 a.m. to 1:30 p.m. Thursday, Oct. 15, with a formal presentation by Pryor at noon. The event will include light hors d’oeuvres and cupcakes. Face coverings are required, and all social distancing precautions will be taken.