Life is a map, with many roads to reach each destination.

And those roads aren’t always direct.

Ethan Jessing, a 21-year-old UToledo senior majoring in middle childhood education, grew up believing his professional path was through Ohio State University to a career as an engineer. 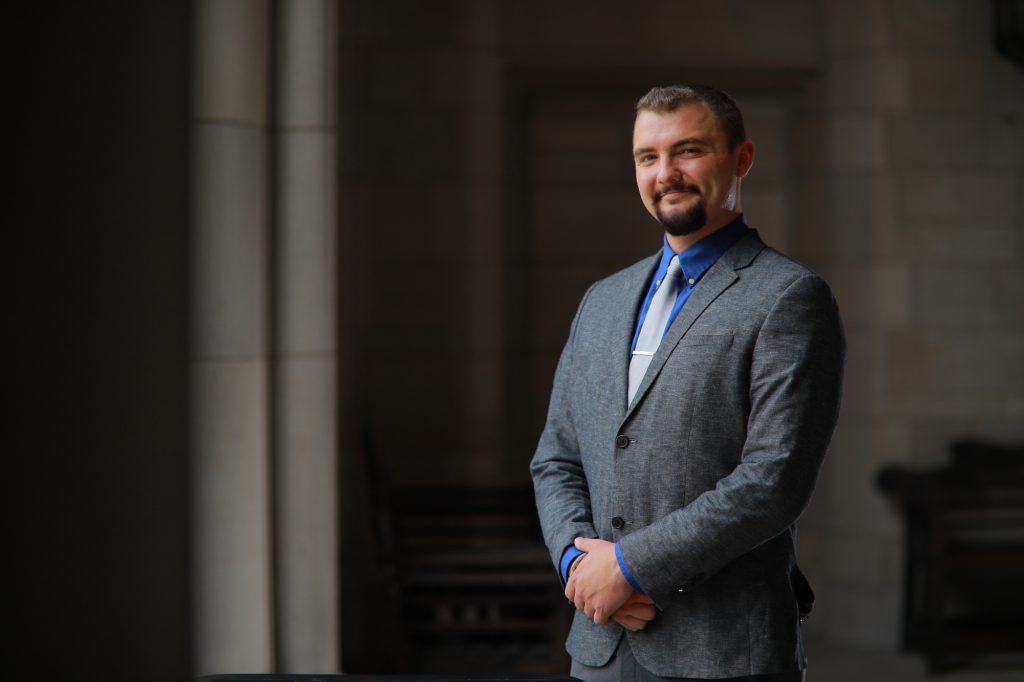 Ethan Jessing, a 21-year-old UToledo senior majoring in middle childhood education, made the choice to change universities and majors. UToledo, he said, made the transfer and transition “just easy.”

It was a goal he shared with family, friends and residents of Delta, Ohio, the small village west of Toledo where he grew up. It was only a month into his freshman year in fall 2017 that he realized he was on the wrong path.

“When I first got to Ohio State, it was pretty obvious to me that things weren’t right for me,” Jessing said. “I didn’t like how the big school was. I didn’t like how noisy it was. It didn’t feel like home.”

He knew he had to reconsider his options. Thankfully, Jessing said, UToledo made the transfer and transition process simple.

“It was just easy,” said Jessing, who is sharing his story during National Student Transfer Week. “The withdrawal process at Ohio State was much more difficult than it was to get set up with the Admissions Office at UToledo.”

During that fall before he started at UToledo in spring 2018, Jessing, who worked part time as a fill-in for teacher aides in his hometown high school, had an epiphany about his career. He wanted to become a teacher.

“I got to work directly in the classroom with different age levels,” Jessing said. “I knew this is what I wanted to do.

“When I started at Ohio State, I really wanted to design buildings and bridges,” he added. “I’m glad that’s not the case.”

Once he became a Rocket, Jessing said he found himself.

He had a 4.0 GPA his first semester. He met friends through campus organizations. And he played the mellophone in the Rocket Marching Band.

Taking the football field with the marching band to perform during the first home game of 2018 remains Jessing’s favorite UToledo moment.

“Everyone’s eyes were on us, everyone was cheering for us,” he said. “It made me feel like this was finally home, that I was in a place where I’m included and belong.”

On track to graduate in May, Jessing is winding down his in-class coursework while completing his student teaching as a seventh-grade science and social studies teacher at Maumee Middle School.

He also works in the admissions office and Rocket Solutions Center.

Jessing is doing so well, in fact, that it’s easy to forget that his path to success at UToledo started with a detour. He encourages students at other universities who are at similar crossroads to consider UToledo as their destination.

“Making the jump is honestly what’s going to be what’s right for you personally and professionally if you’re not thriving in your school environment,” he said.

“For me, UToledo was home,” Jessing added. “It has so much support, and so many people are on the ball and ready to answer questions and guide you to the resources you need. If that’s what you’re looking for in a university and you’re not getting that elsewhere, UToledo is the place to go.”